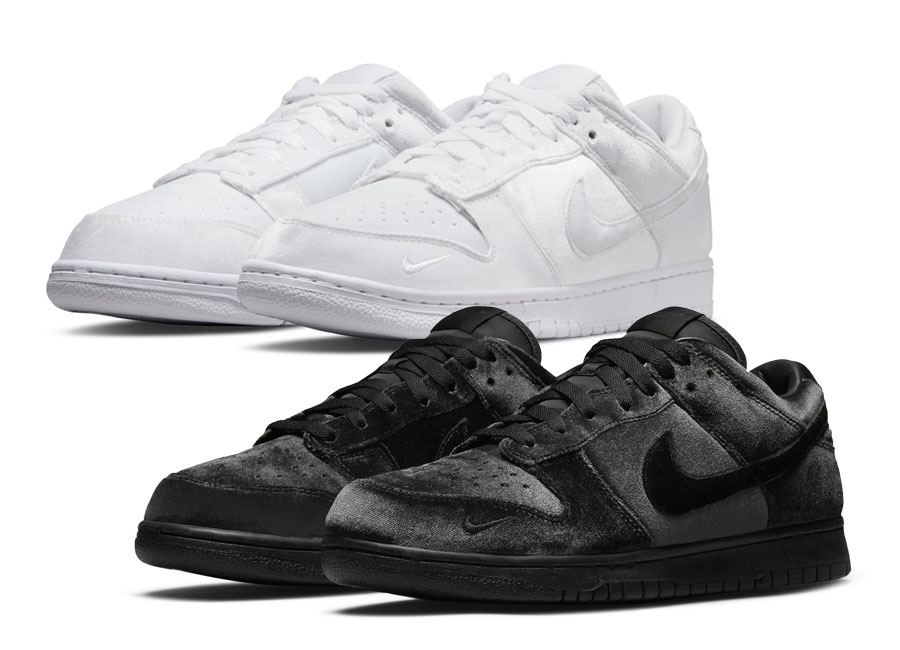 Dover Street Market and Nike will team up to release three color options of the Dunk Low that will debut in 2022.

The DSM x Nike Dunk Low collection will include a ‘Triple Black’ pair, ‘Triple White’ iteration, and a pair that comes dressed in Black and White. So far, we have an image of the ‘White’ pair that features velvet, reminiscent of the Stranglove SB Dunk Low. Next, we have a mini Swoosh embroidered on the forefoot along with co-branding on the insoles. Finally, a White midsole and matching rubber outsole finish the look.

You can expect the Dover Street Market x Nike Dunk Low Velvet colorways to release exclusively at DSM shops and online starting February 5th. The retail price is $150 each. As soon as we have more information, we will make sure to update you. For now, check out more photos below that will give you a closer look. 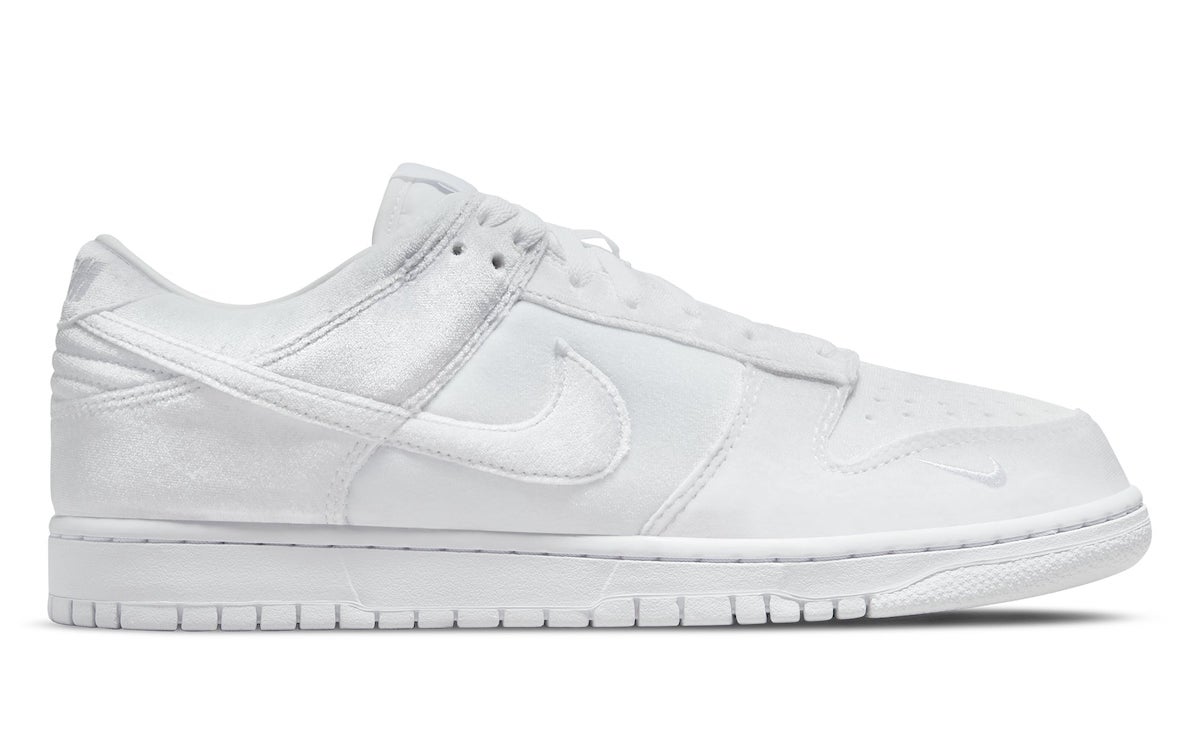 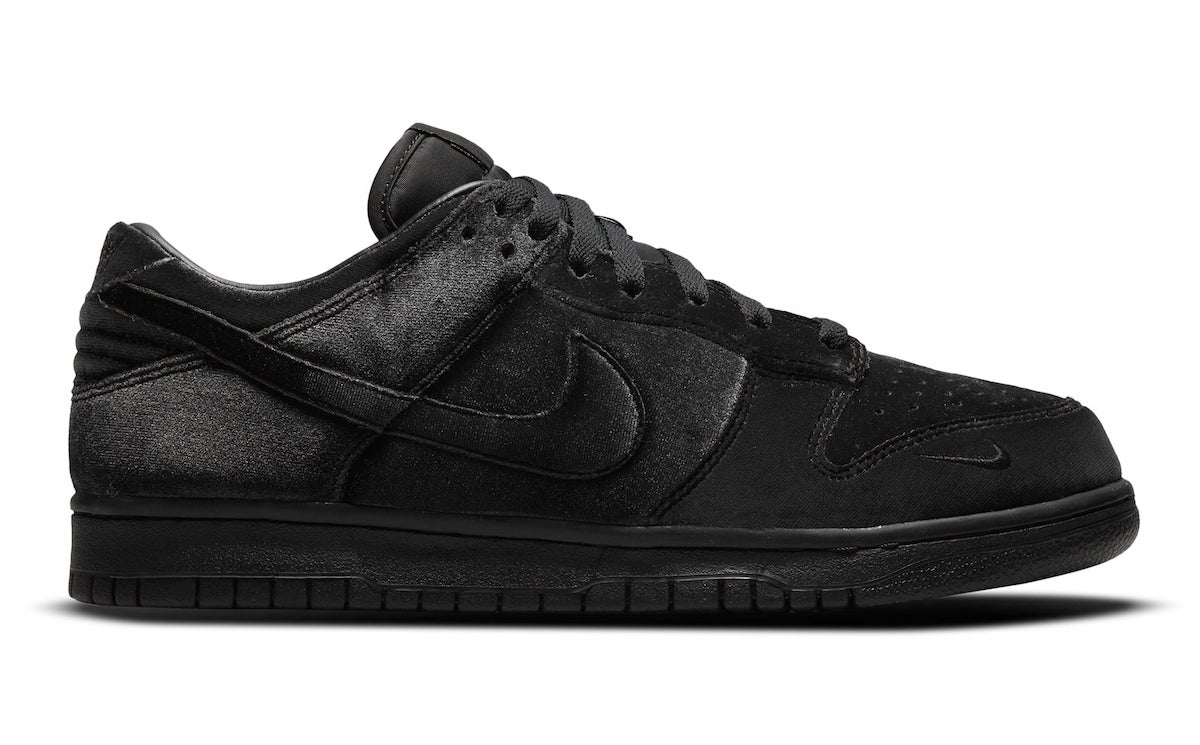 Update (2/3): The online raffle for the DSM x Nike Dunk Low Velvet Pack in White and Black is now open at DSM NY and DSM London. It will close on February 5th at 11 AM EST. 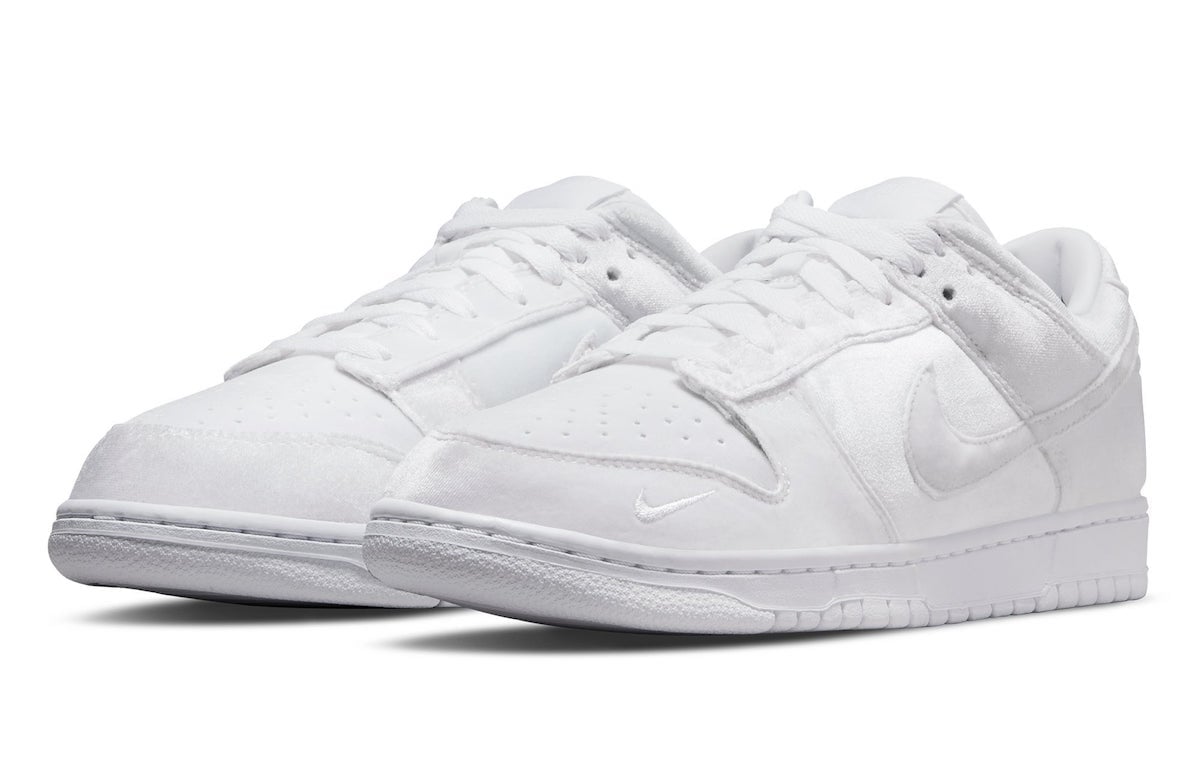 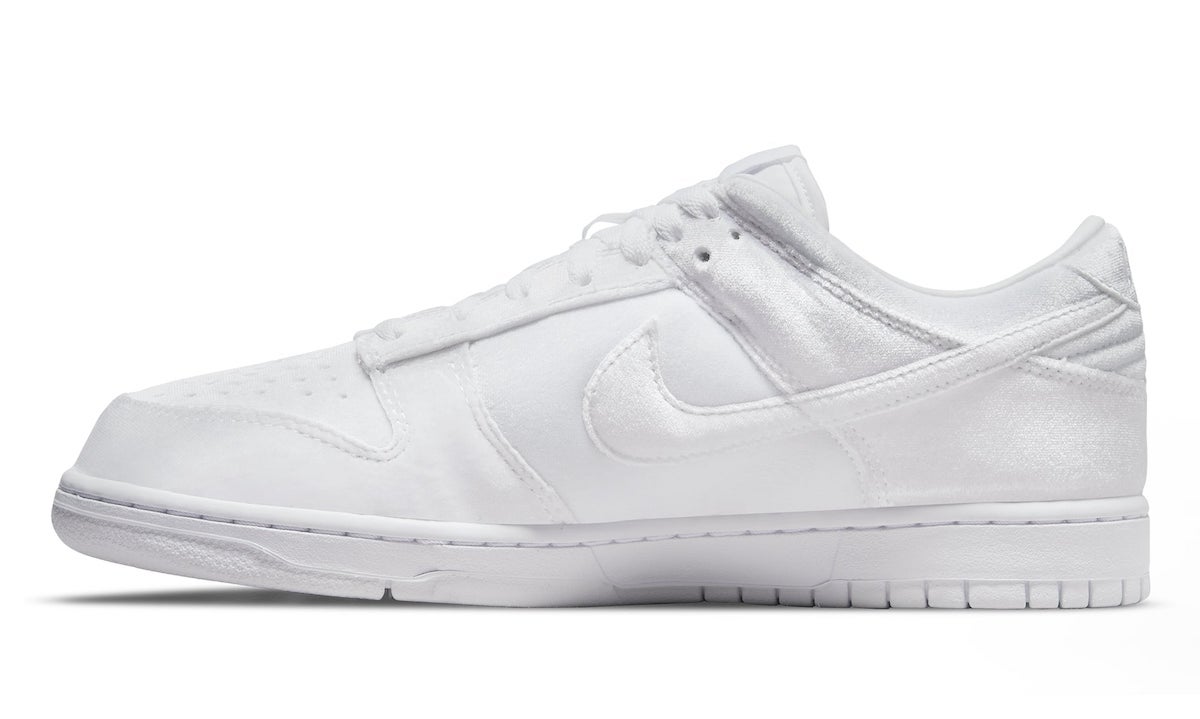 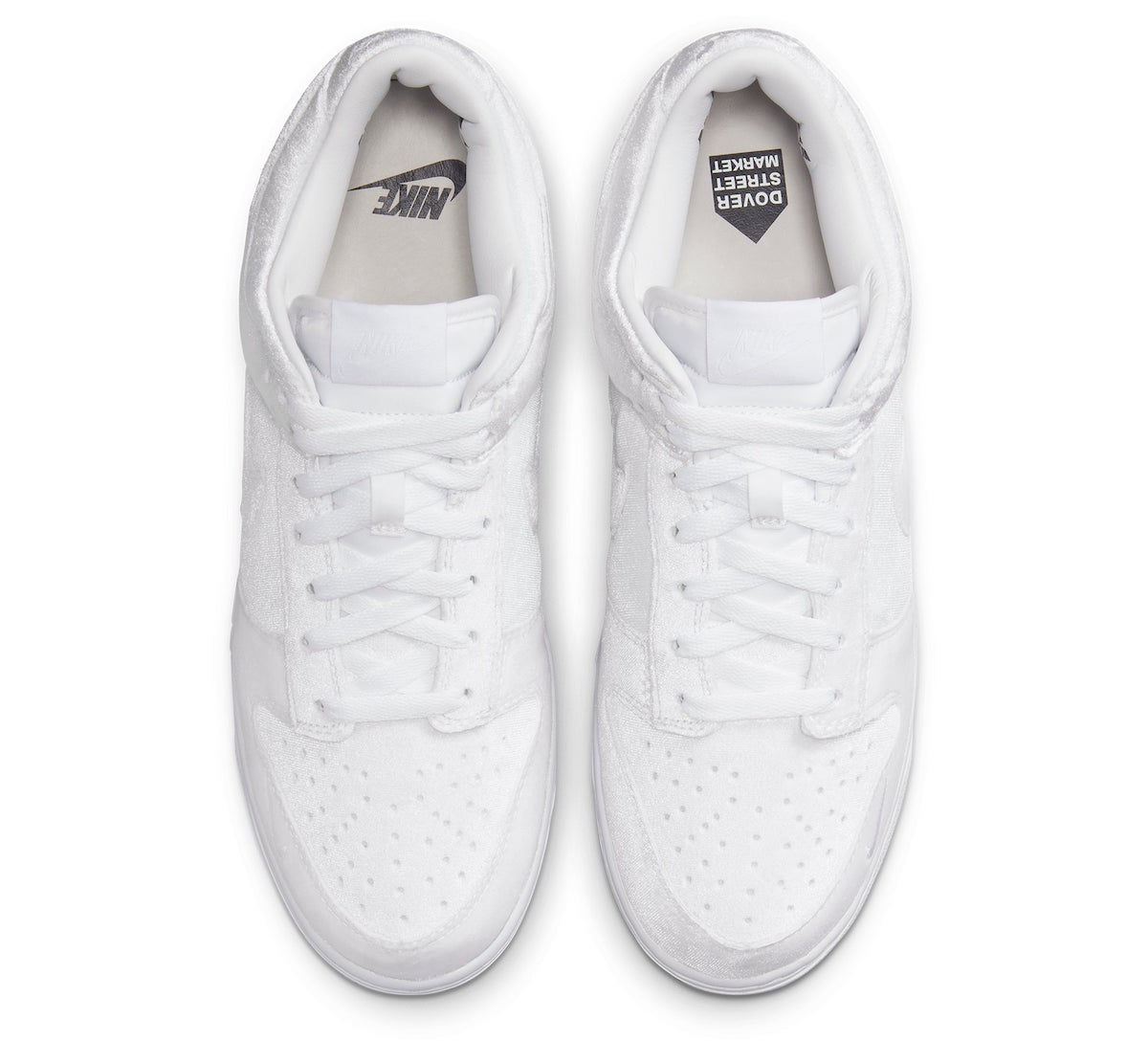 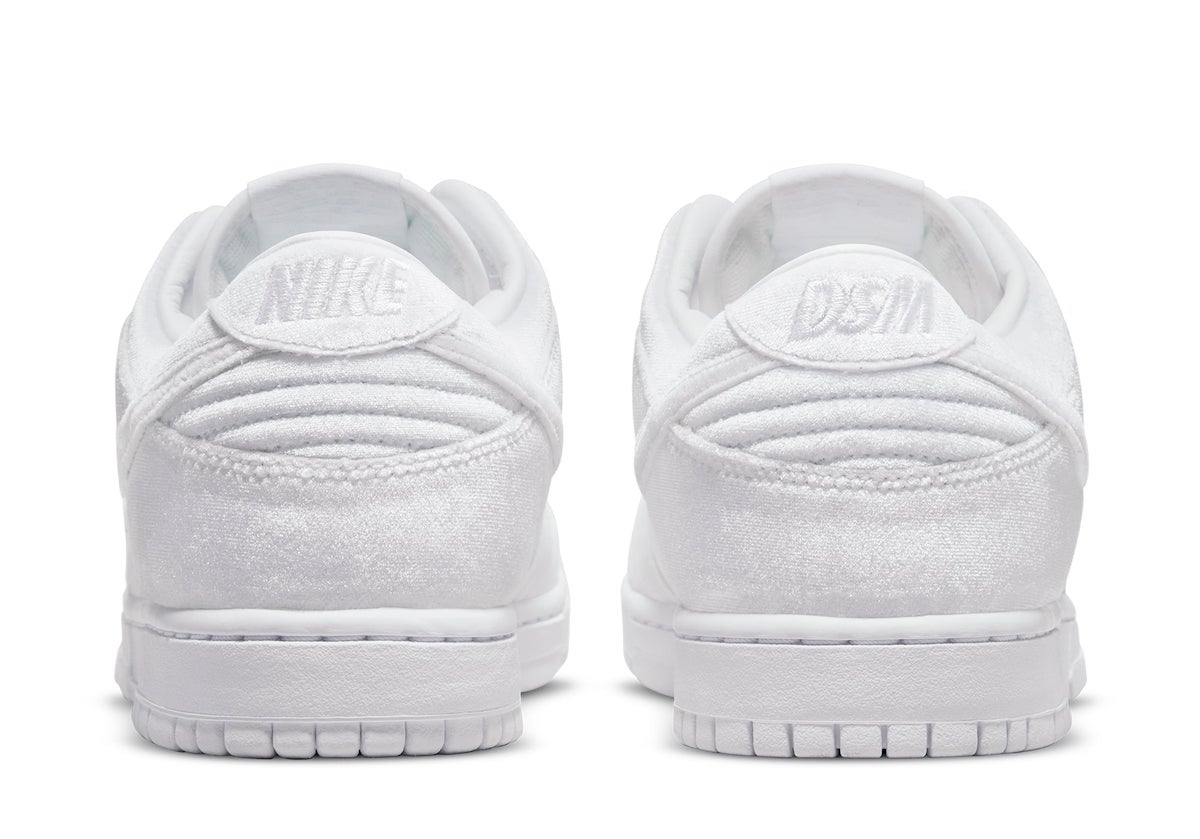 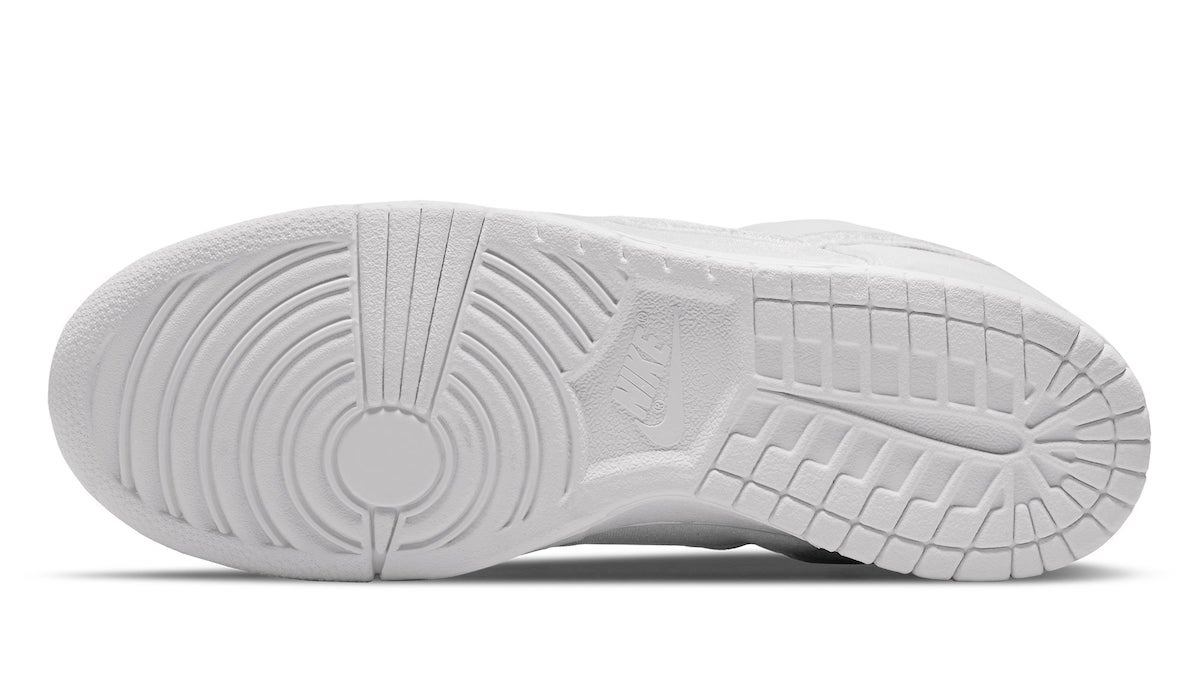 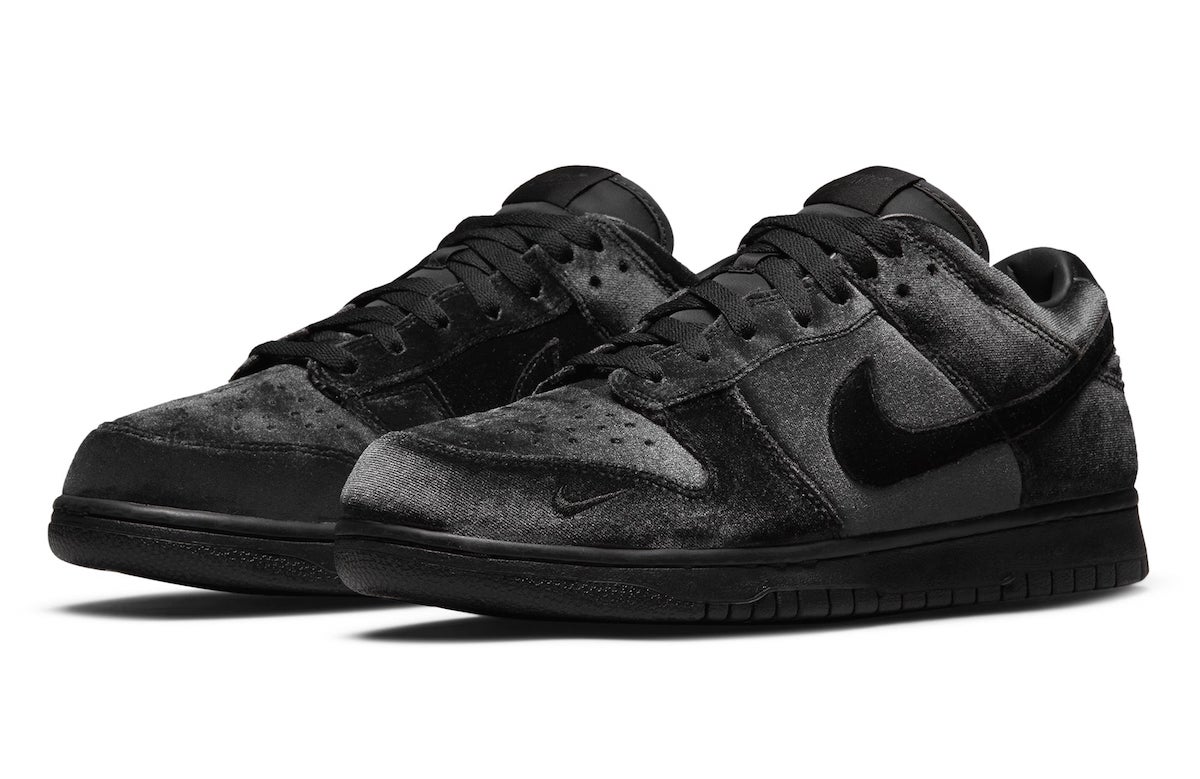 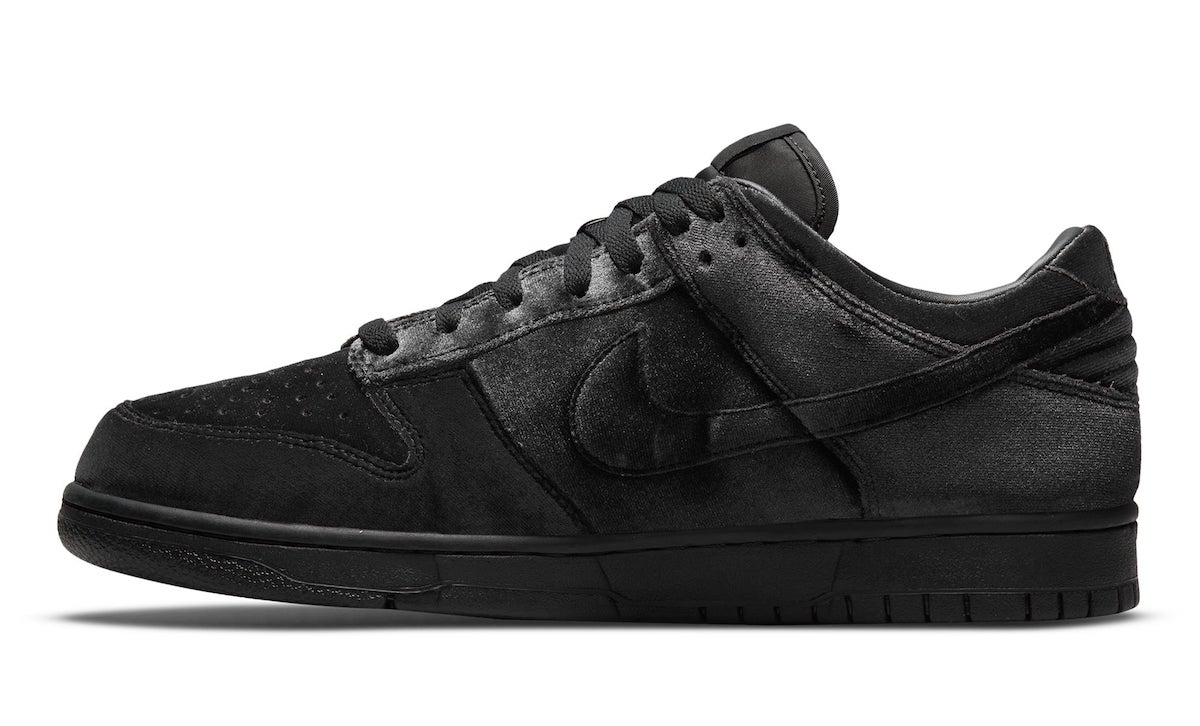 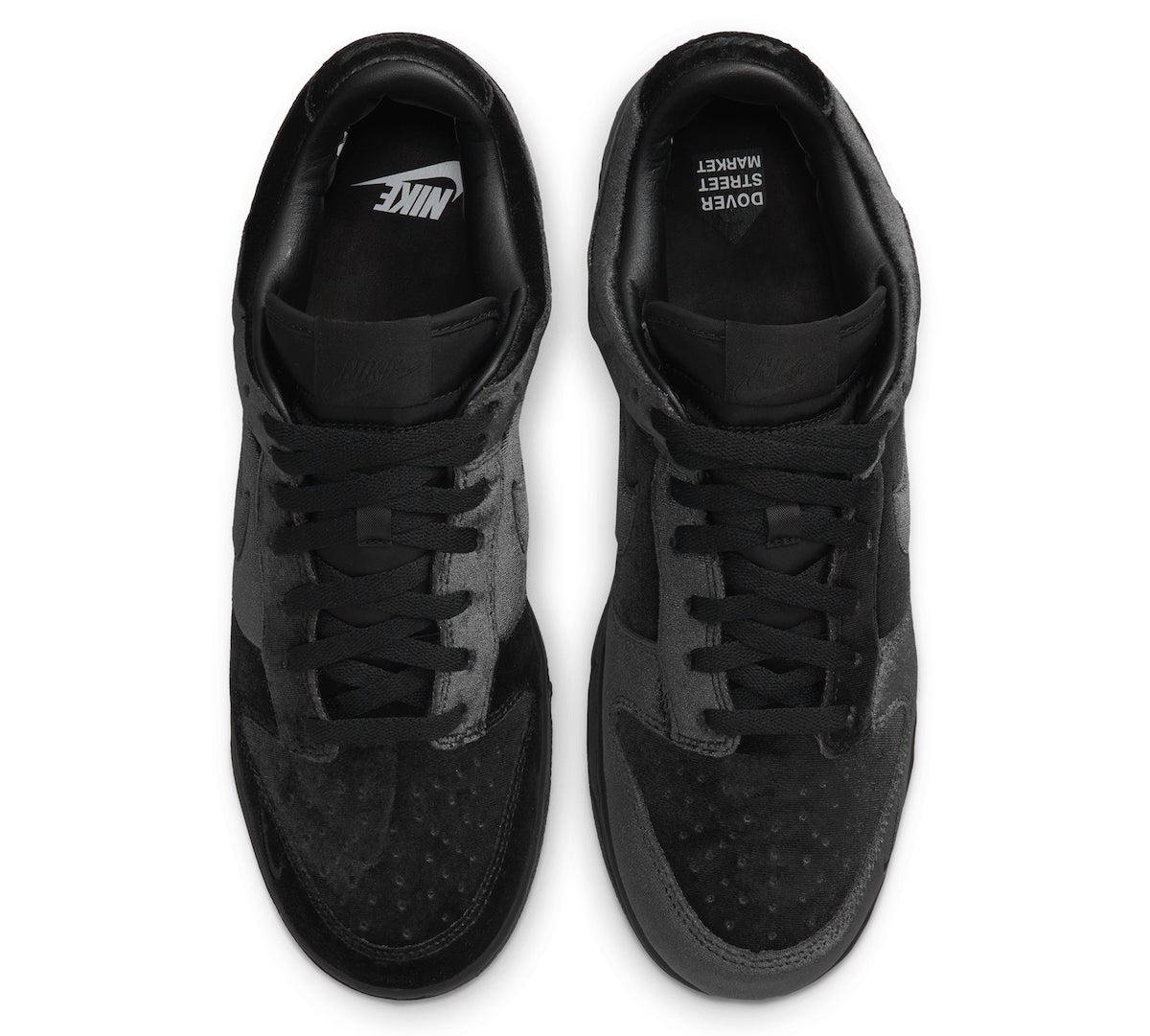 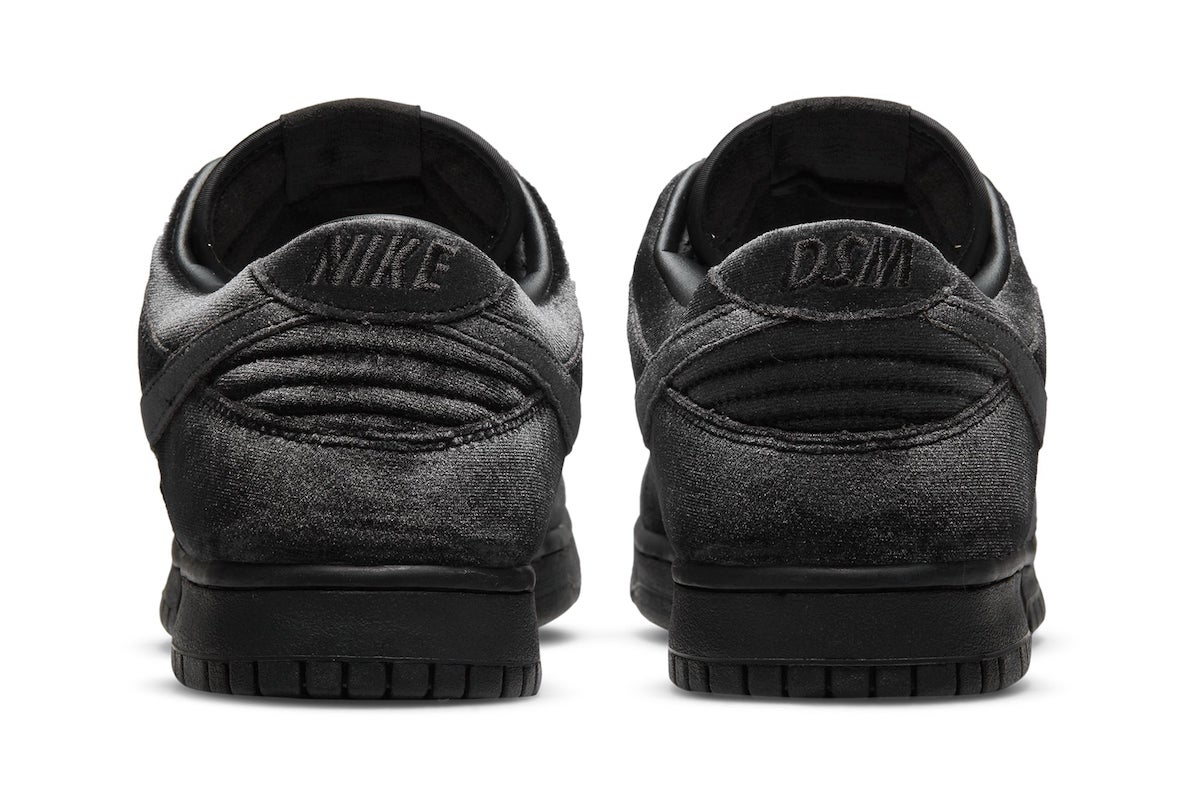 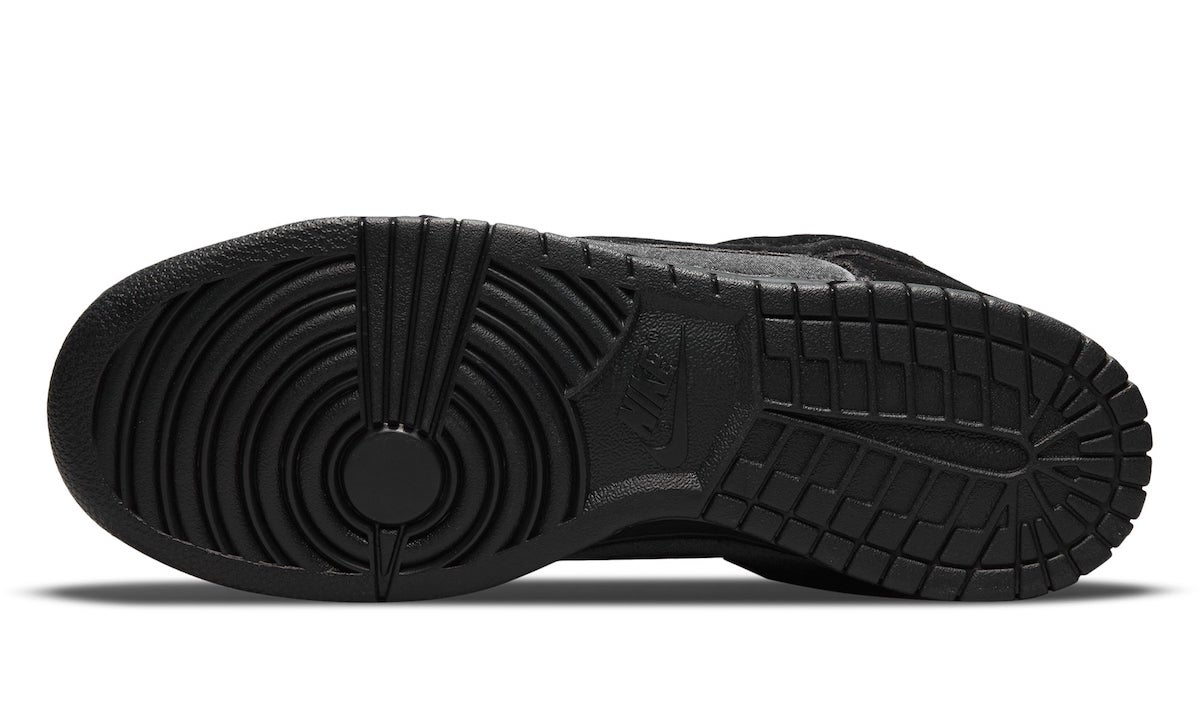 Update (1/29): Dover Street Market has unveiled its Nike Dunk Low Velvet collaboration in ’Triple White’ and ’Triple Black.’ Originally scheduled to release in Summer 2021, the pair is now rumored to launch in Spring 2022. 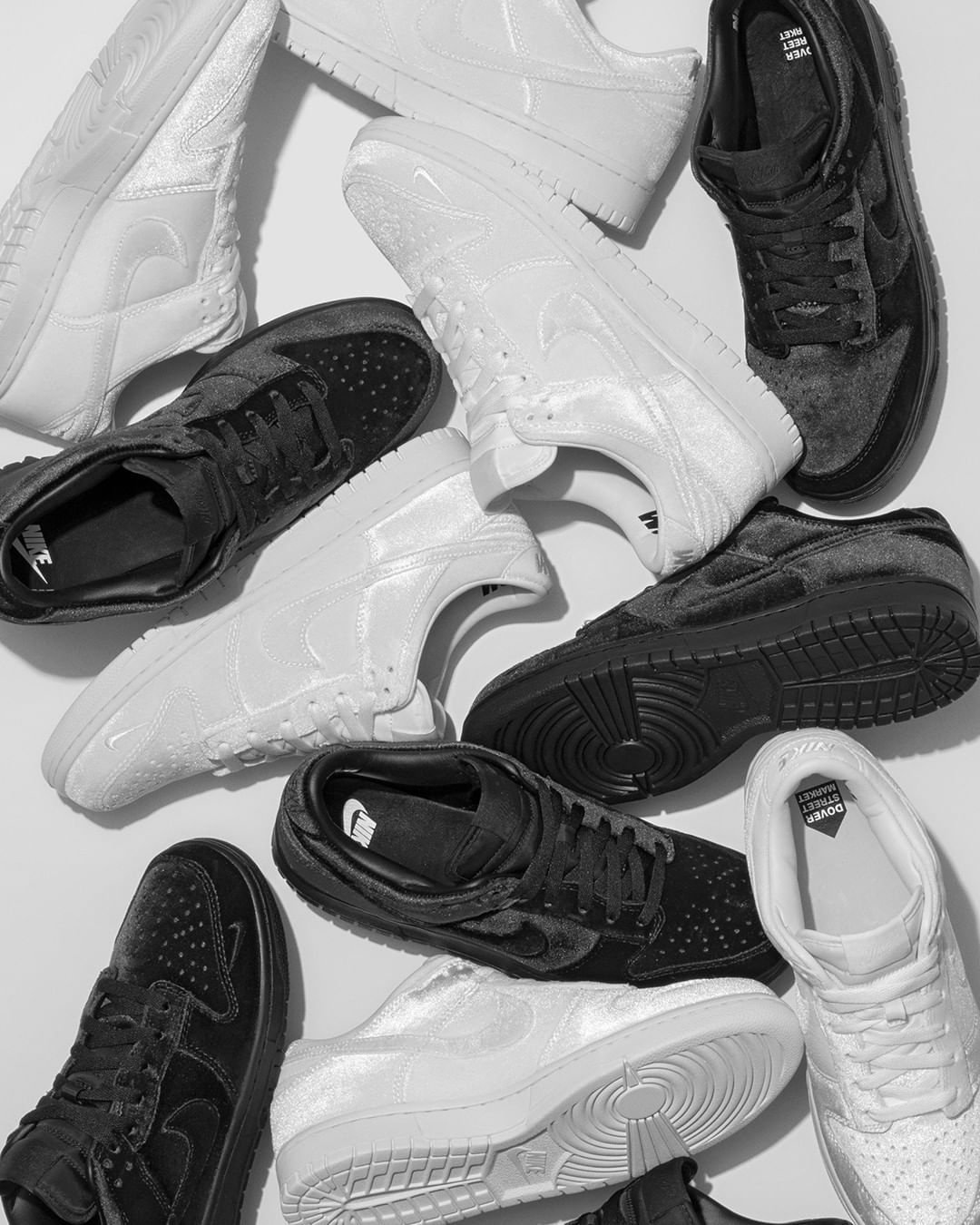 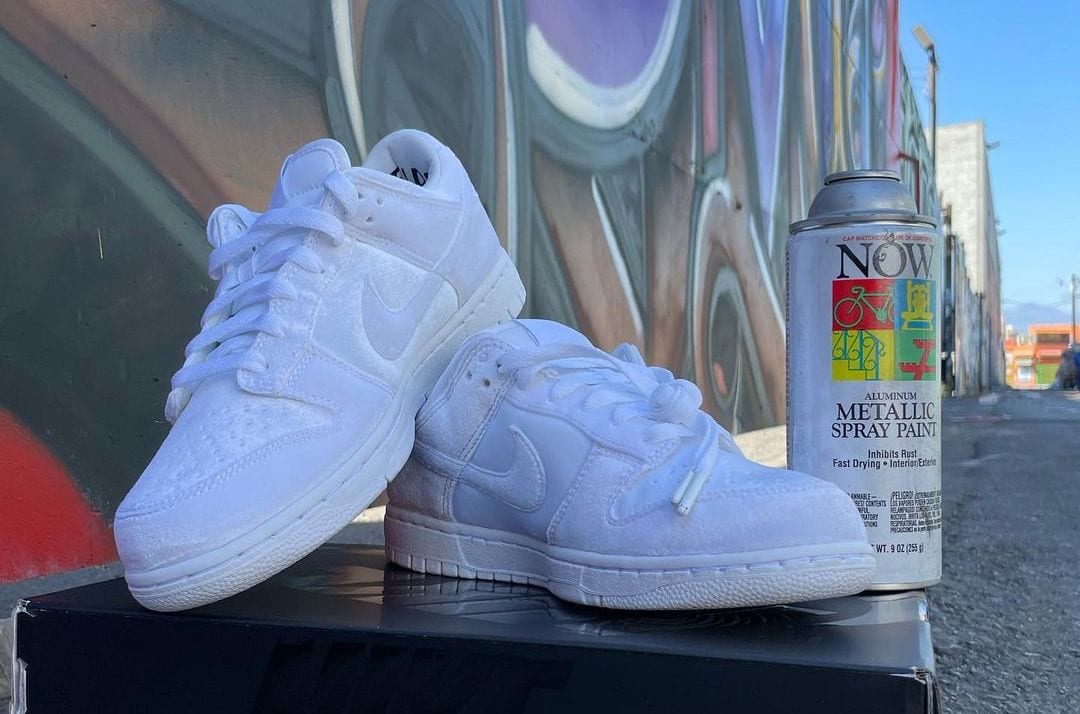 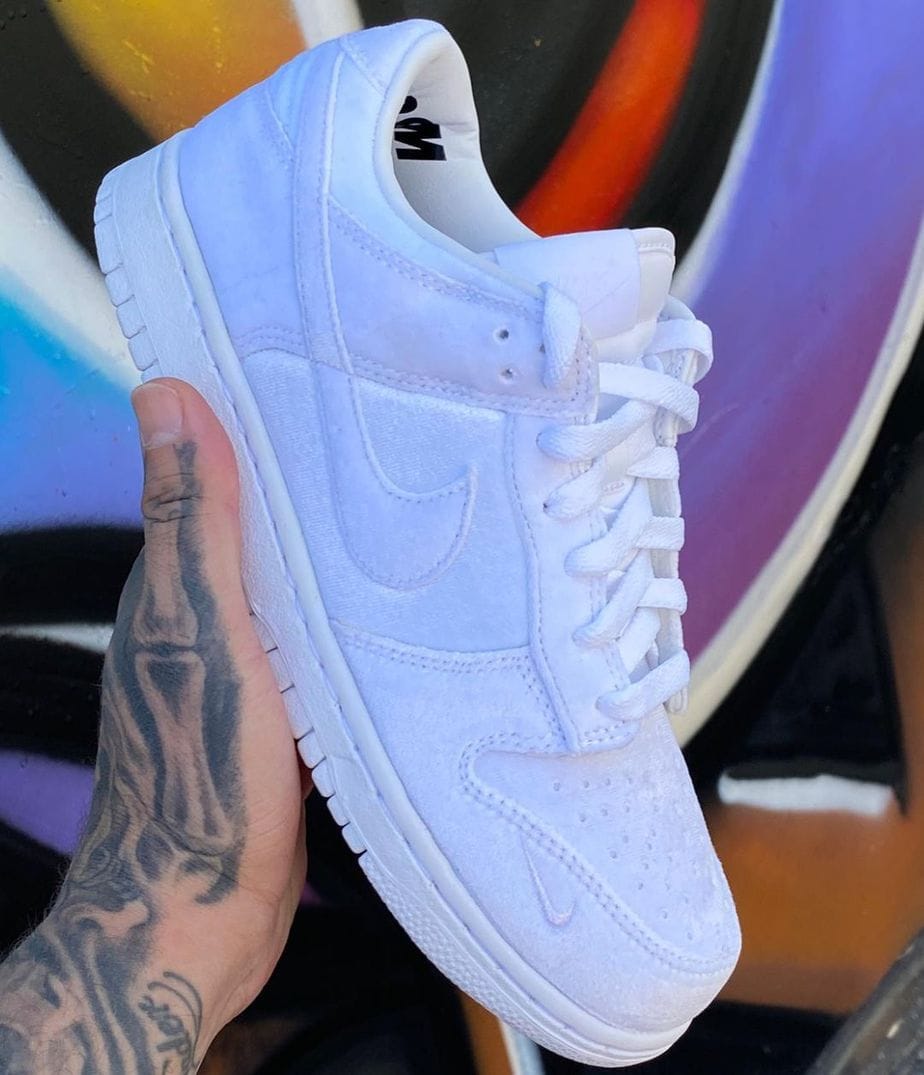 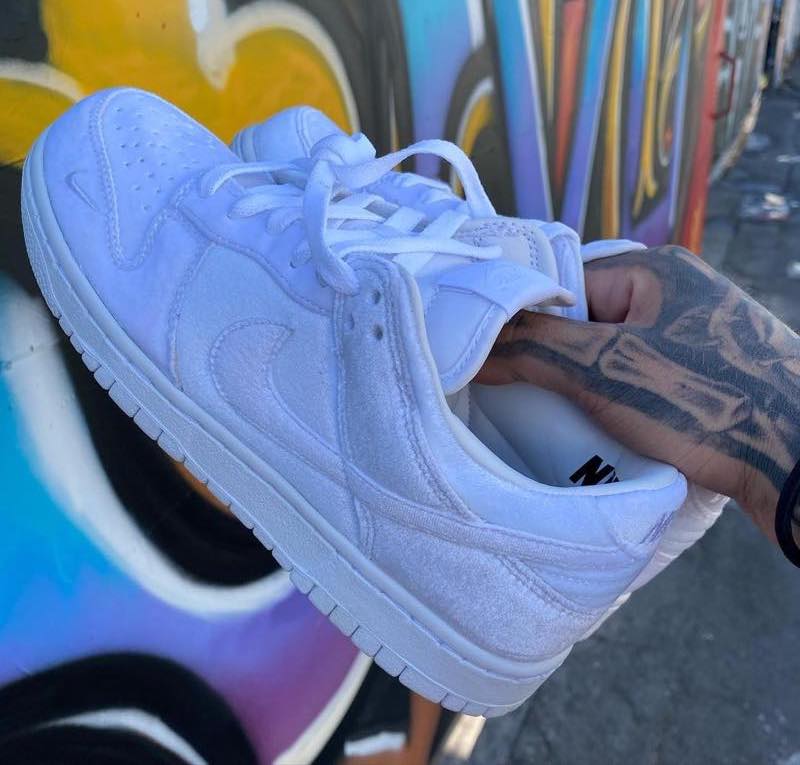 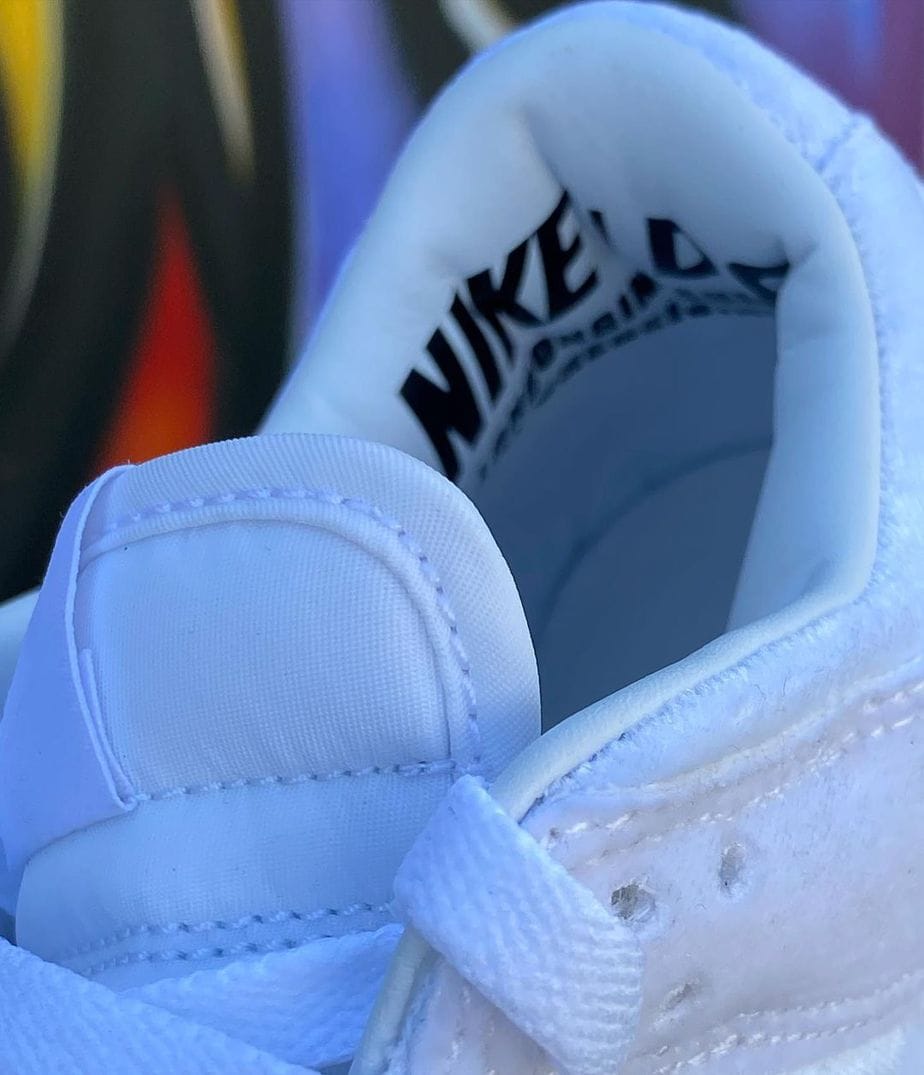 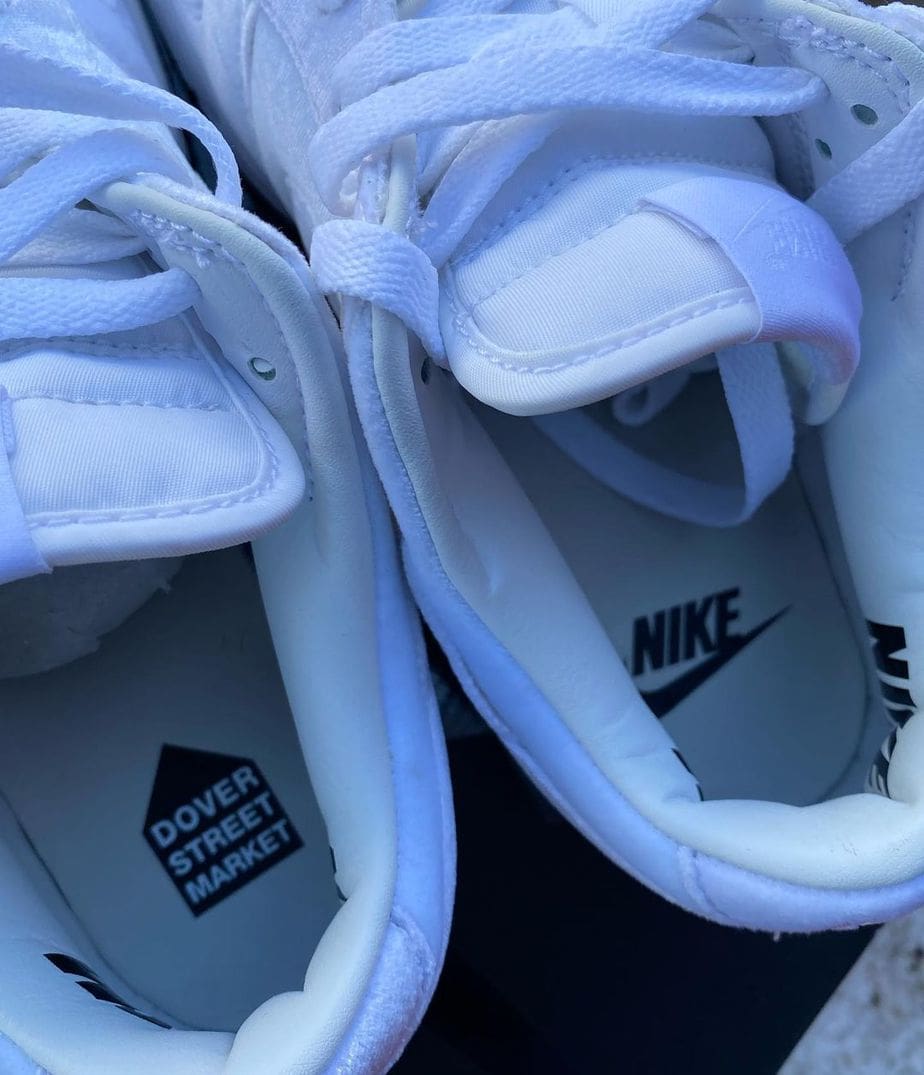 Update (5/15): We now have additional photos of the Dover Street Market x Nike Dunk Low in ‘Triple White’ that will release this Summer. Via woganwodeyang. 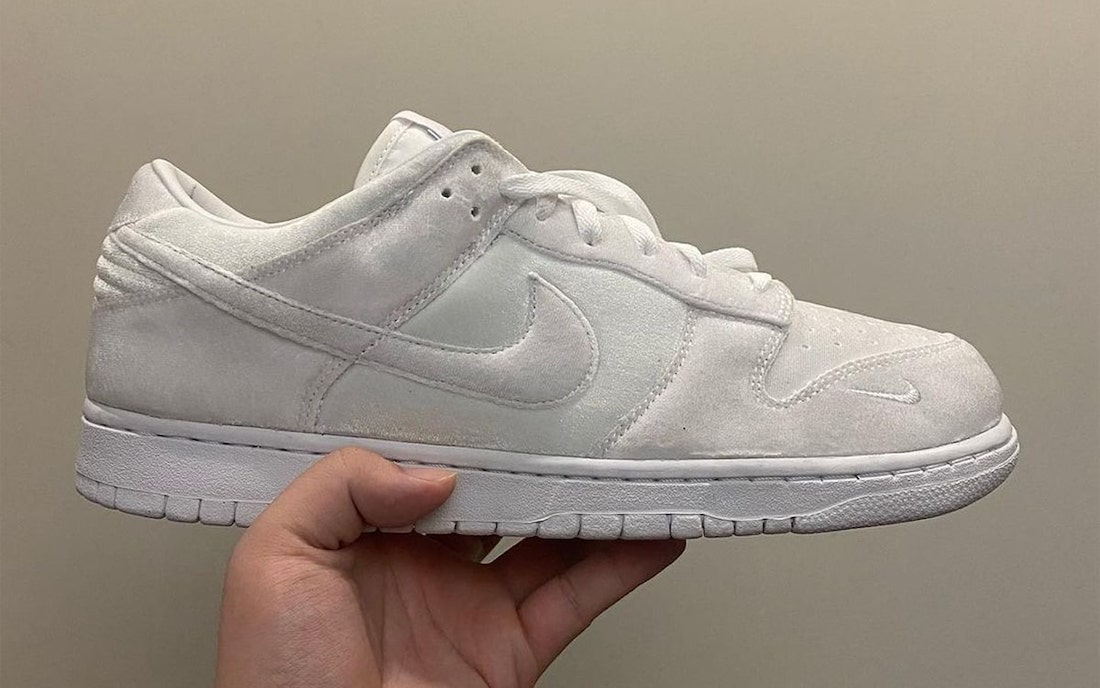 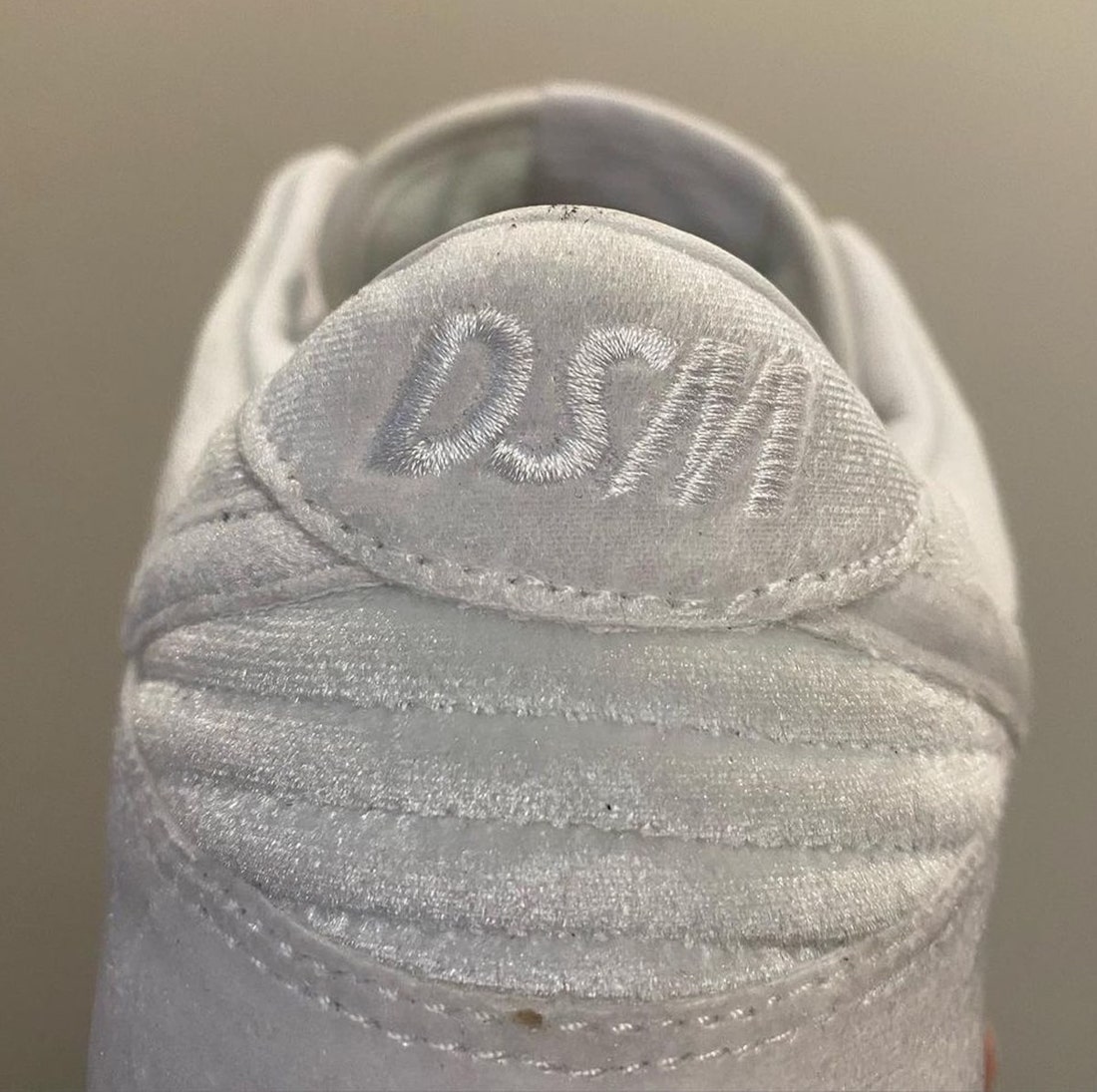 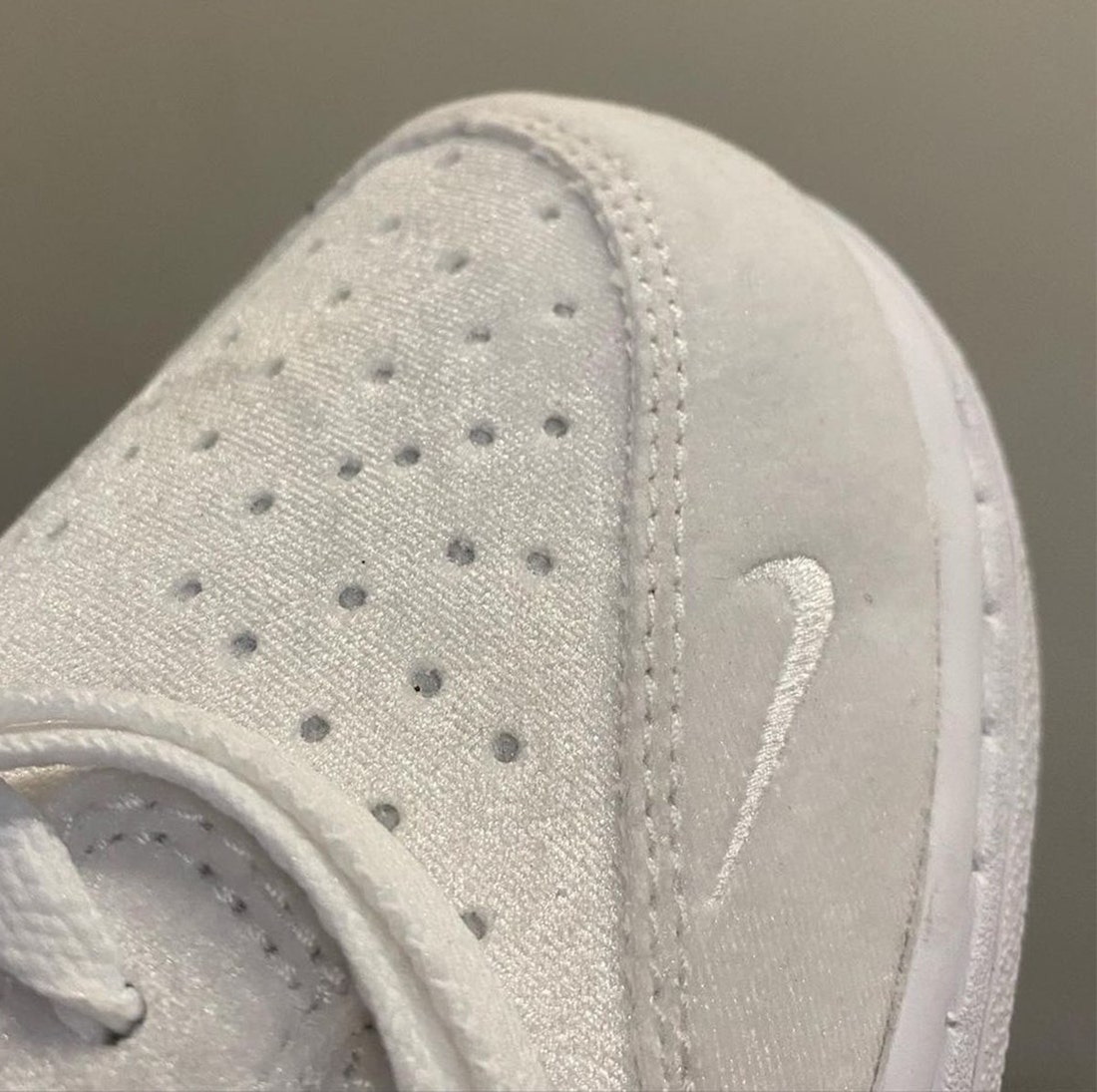 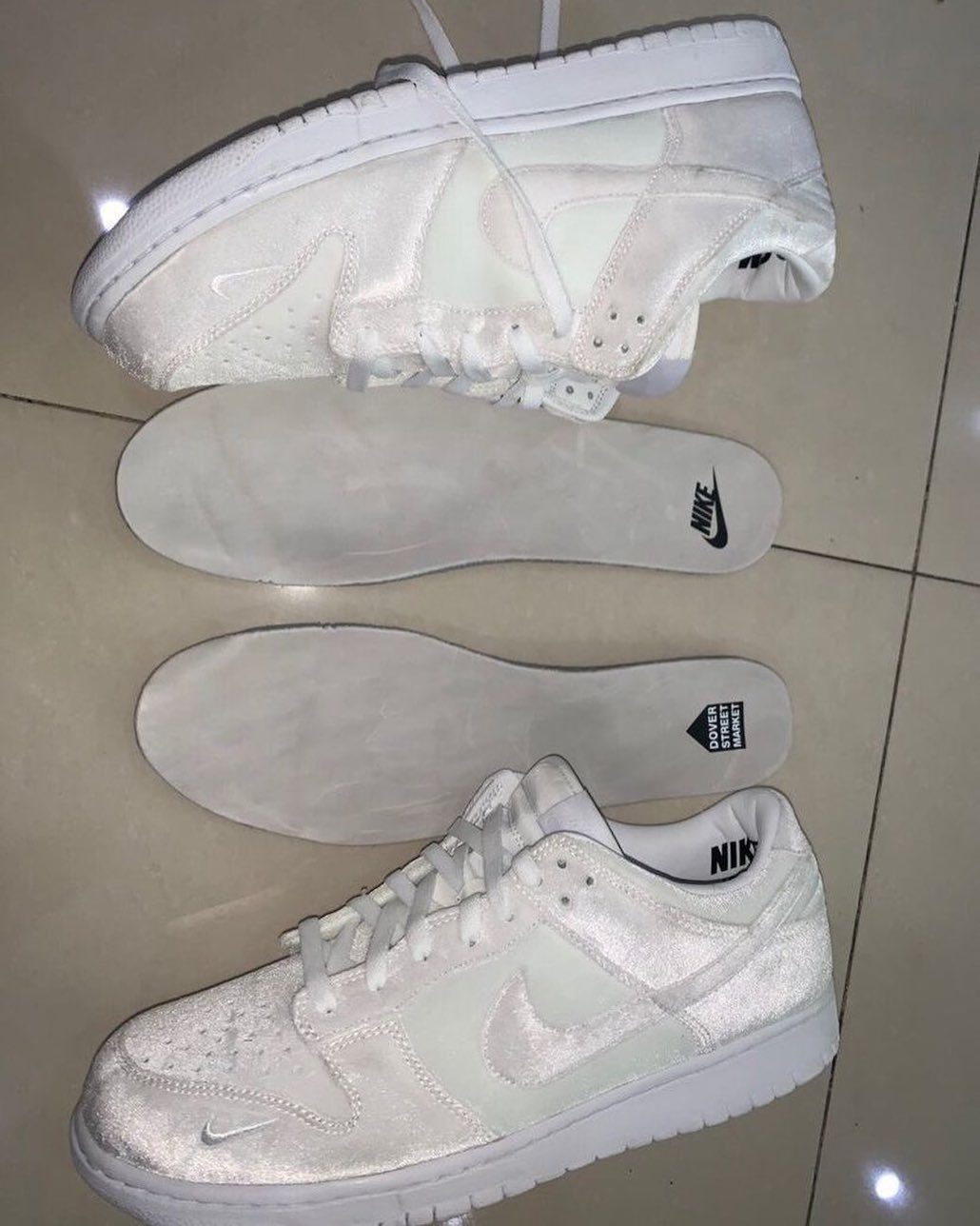