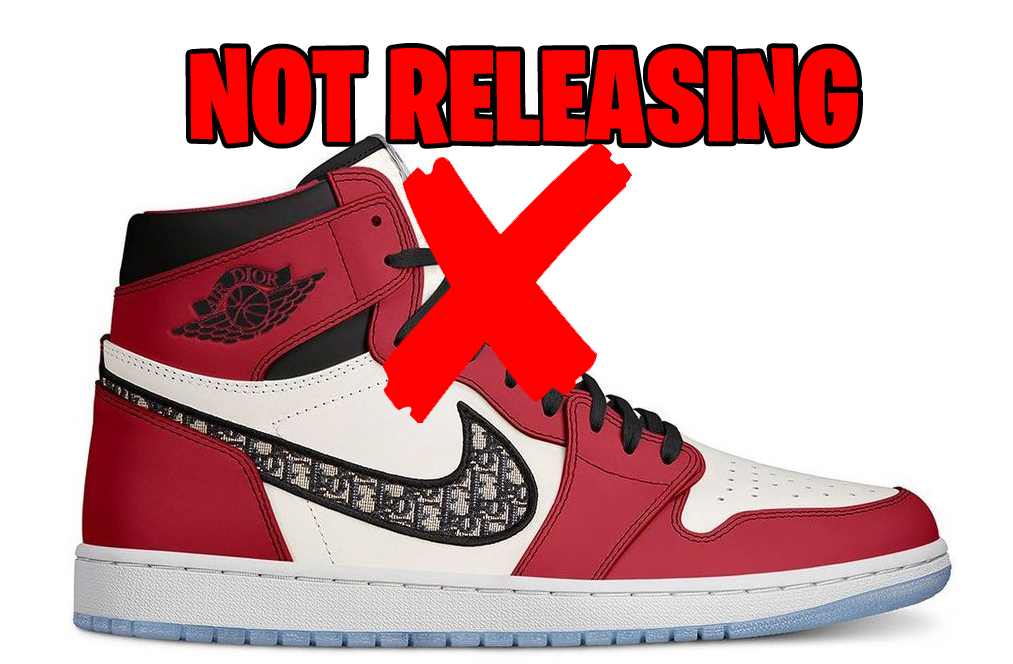 When it comes to the internet, people do all sorts of things to entice likes, clicks, and new followers. So it should come as no surprise that it happens in the sneaker community daily. It goes even further with several sneaker ‘media outlets’ reporting fake news to achieve a following. Case in point, the Dior x Air Jordan 1 ‘Chicago’ has been posted all over social networks.

We saw the news spreading but wanted to wait for an actual legitimate source. The ‘source’ that was being credited has got many things wrong and knowingly posts fake news for clicks. So, who better to get the confirmation from than Jordan Brand?

That’s exactly what we did. We reached out to Jordan Brand and asked about the Dior x Air Jordan 1 ‘Chicago’. We received confirmation that the shoes will NOT release! Two other colorways are floating around that are rumored to launch in ‘Black/White’ and ‘Royal,’ and we are waiting for confirmation if they will release. Once we receive more details, we will make sure to update you.