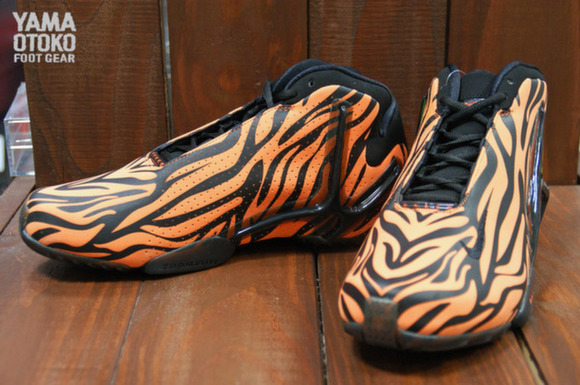 Featuring a “Total Orange/Black” colorway, the sneaker utilizes a black tiger stripe pattern across its bright orange upper, with perforations on the medial side for breathability. Black accents can be found in the form of the tongue, collar, and moldings on the upper, as well as on the translucent black midsole, one of the main differences between this and the other two pairs of the pack (besides the tiger stripes, of course). Something unusual about the pairs in this pack is the use of what appears to be a unique Japanese character on the insole in each pair. Not sure yet what the symbols mean (or if they point to an “Asia only” release), but we will keep you updated as information becomes available.

What do you think about this pair, a pair Hobbes and Tigger would be proud of? Is it a beast, or beastly? Let us know in the comments below, and hit the jump for a detailed look at the loudest pair in the Hyperflight “Animal” pack. 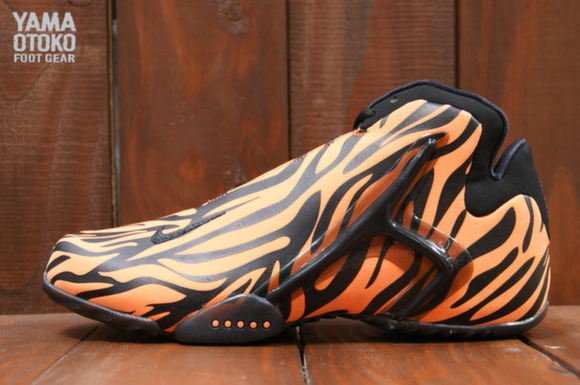 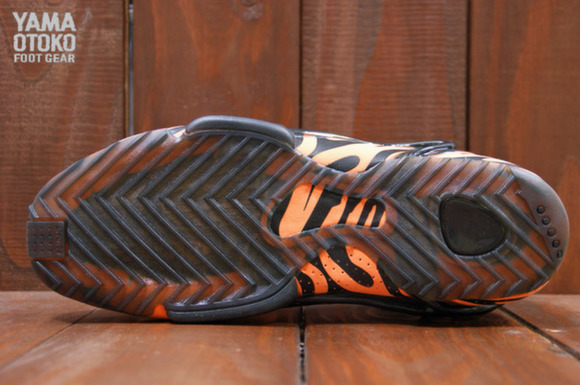 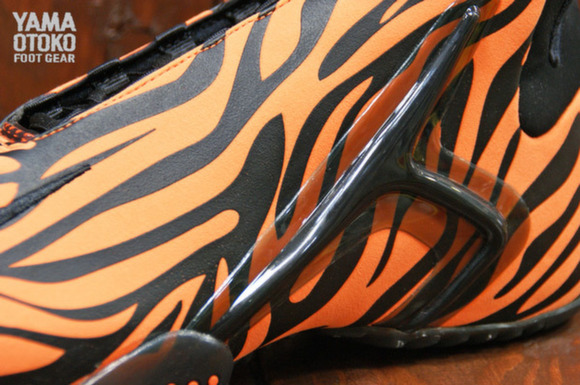 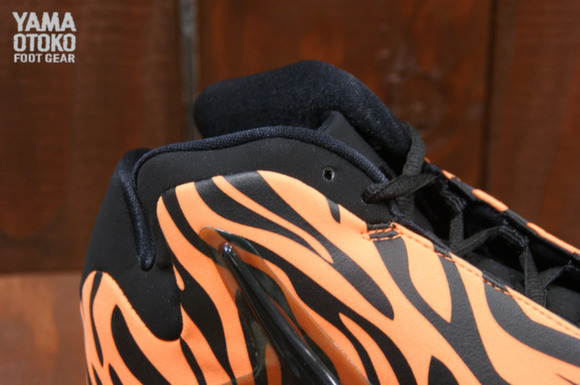 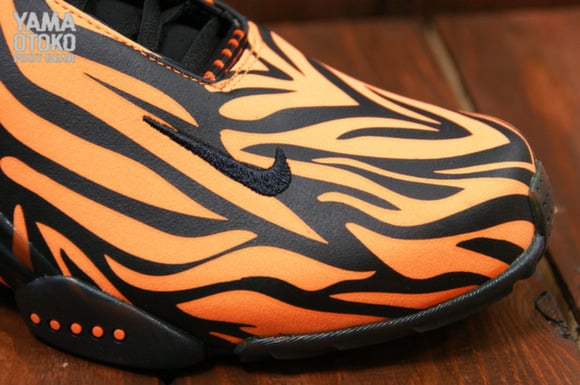 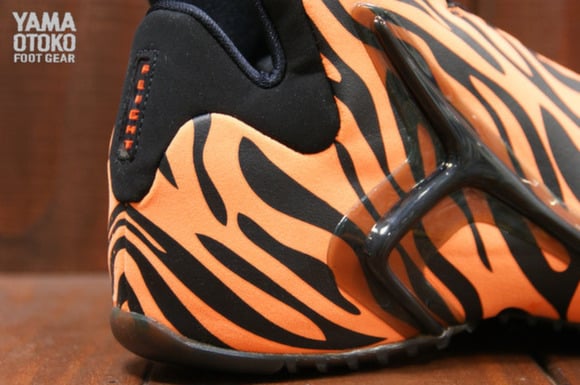 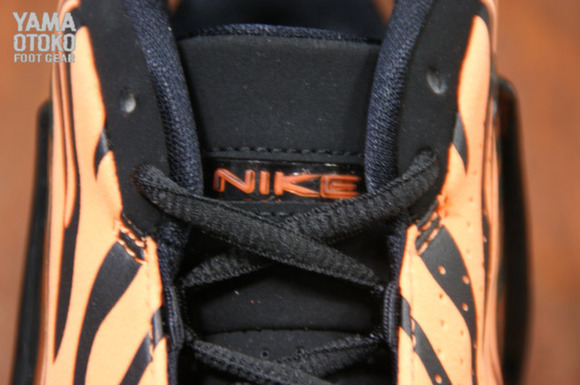 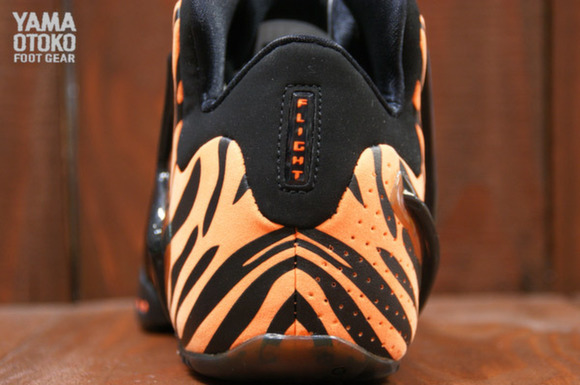 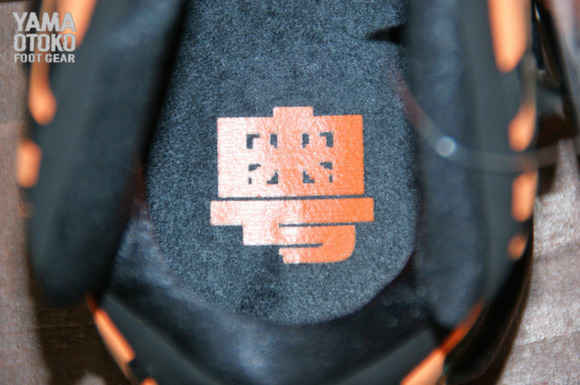 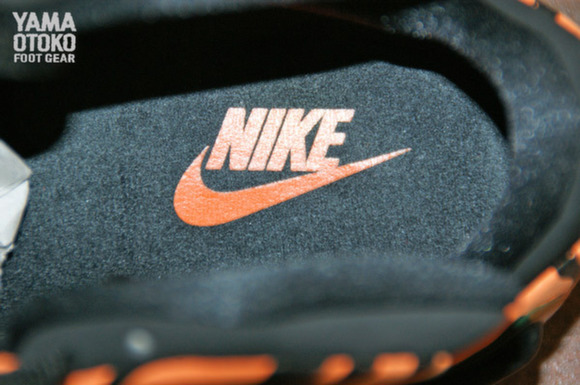