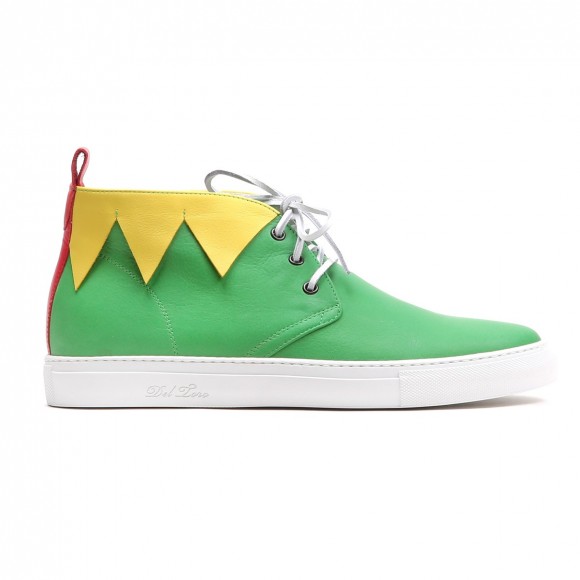 To round out the trio of Muppet-themed footwear coming from footwear brand, Del Toro, a new pair of the Alto Chukkas are dropping that draw influence from the greenest star of them all- Kermit The Frog. The Del Toro Alto Chukka The Muppets “Kermit The Frog” limited editions are made of green napa leather with yellow, red, and white accenting throughout. The sneakers mimic Kermit’s sense of style, with the yellow leather overlays up top on the uppers, similar to the yellow (sometimes light green) collar that Kermit seems to always wear, unlike the Animal or Fozzie Bear Alto Chukkas. On the rear of the shoes, red leather makes an appearance on the heel tab and stripes down to the white rubber midsole, which the white leather lacing accentuates nicely. Laser engraving etches “Del Toro” in the outsole, along the midfoot. Disney branding is printed on the insoles, ensuring that the Muppets are Disney characters (in case you weren’t sure). Currently in the Del Toro online shop, these kicks are going for $360! Check out more detailed pictures of these Alto Chukkas down below! Being green, just got a lot easier! 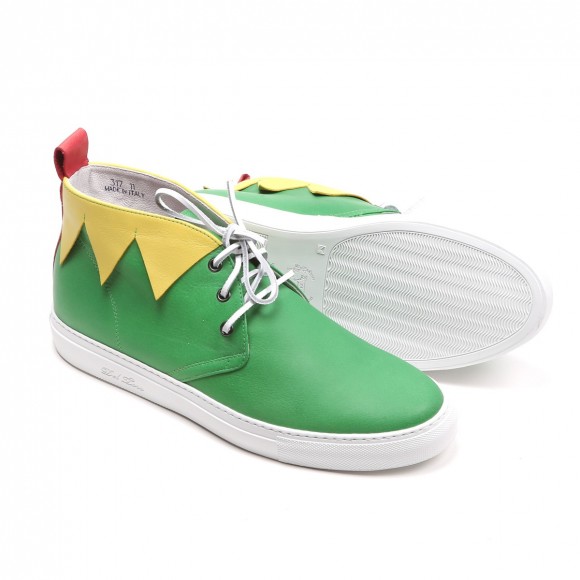 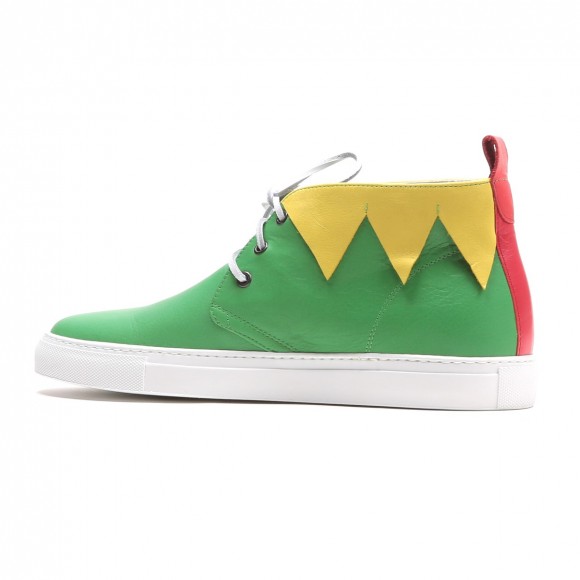 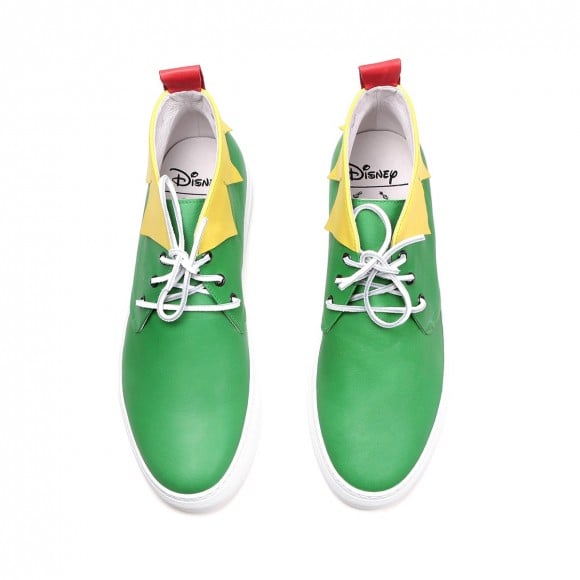