The Converse Weapon is a basketball legend that was originally released in 1986. It was a high top sneaker and utilized Converse’s Y Bar system to prevent internal foot slippage for maximum performance. 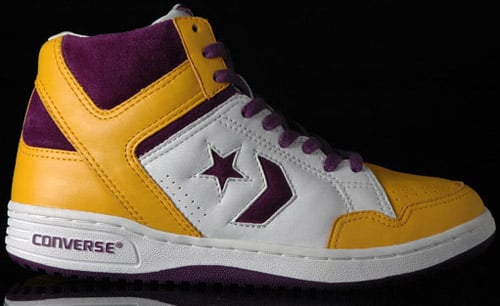 Magic and Bird in the Converse Weapon