After a few successful ERX releases, Converse decided to design another pair, releasing in 1988 called the Converse ERX 400. 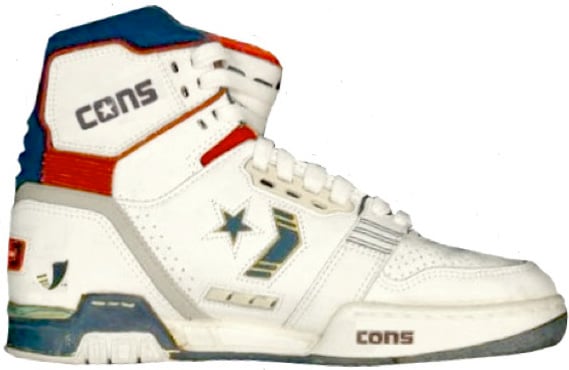 Worn by Karl Malone, the Converse ERX 400 released in different colorways plus high tops and low tops were available. More detail went into the ERX 400, the Converse logo on the side has a jet fighter look to it, perforated toe box and on the side panels, and lace holes running all the way up to make sure for a secure lock down.