In Converse commercials, the Converse Cons were labeled as “The shoe of the NBA”, and was. In total, 4 all-star players and 1 all rookie team wore the Cons. 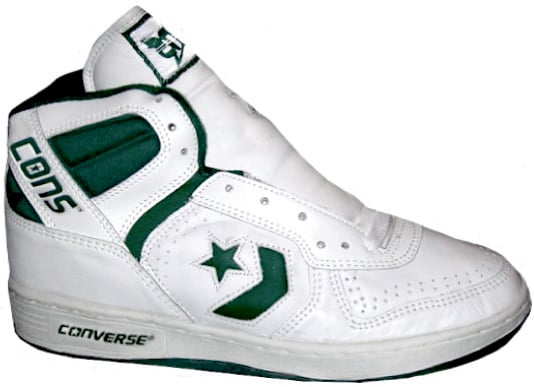 Who wore the Converse Cons you might ask? In the 1986-1987 season, Magic Johnson, Larry Bird, Karl Malone, Kevin McHale and Isiah Thomas. Converse added additional perforation allowing the shoe to breathe more and enough colorways to satisfy everybody.