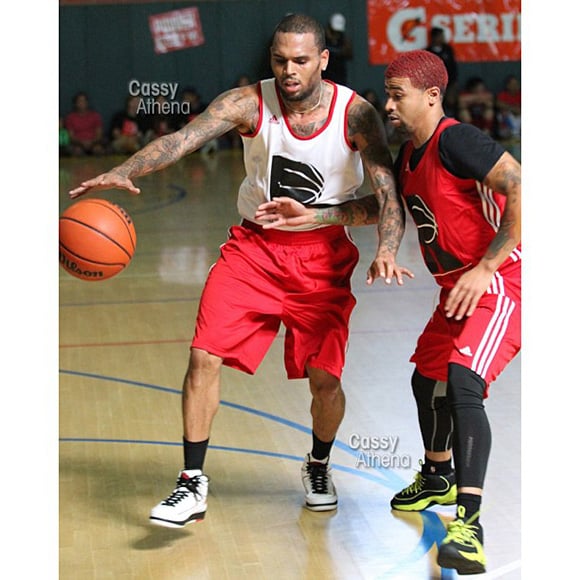 Last week a bunch of celebrities got together for a charity basketball game put together by a California, anti-bullying foundation called Rock Life. The event is to help raise awareness of bullying of all types all over the world, but particularly in Calabasas, California. Many celebs were in attendance including actor/comedian J.B. Smoove, host Ray J, Jamie Foxx, Terrell Owens and many more. Of course anytime there is a celeb basketball game we expect lots of heat and artist Chris Brown came through clutch in that department. There were a few other Jordan’s, Kobe’s, etc.. but CB brought out his White/Black/Varsity Red Air Jordan II’s (2) for the event. The same shoe MJ rocked in 1986 Chris Brown pulled out for this awesome event, not only did he play but below are pictures of him handling the rock, sizing up a defender and even jamming it home a few times. How do you feel about Chris Brown wearing his Air Jordan II’s (2) on the court for the Rock Life Celebrity Basketball Game? Let us know in the comments section below and stick to Sneakerfiles for celebrity heat and much more! 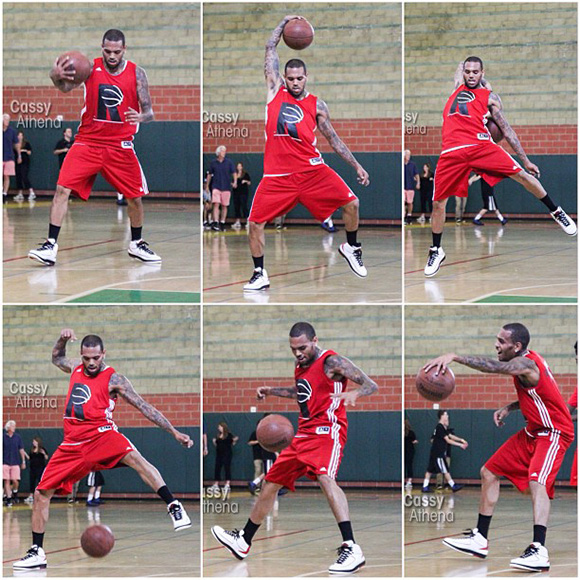 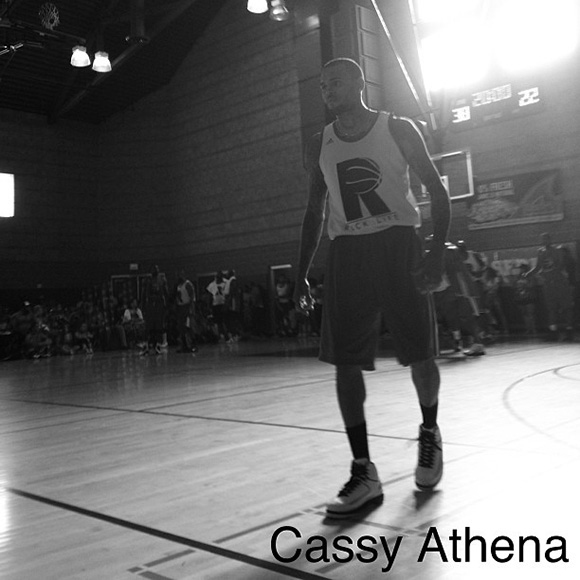 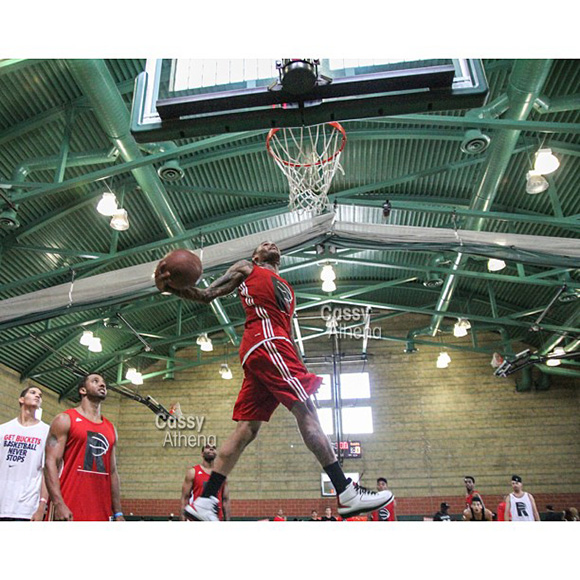