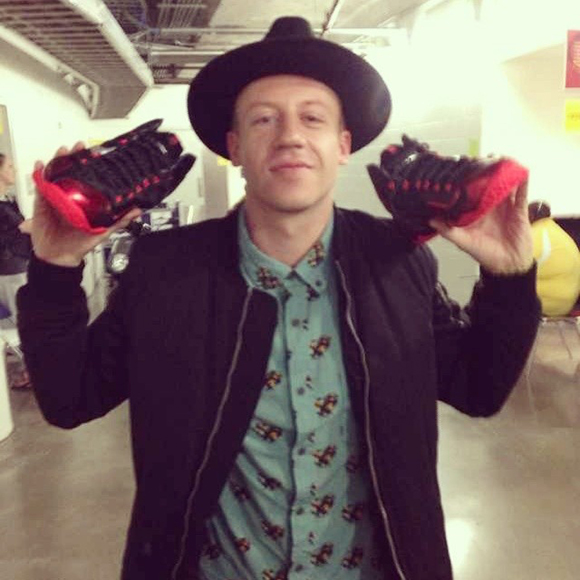 A regular now on our Celebrity Sneaker Watch, Macklemore took to a camera while in Miami to show off his new LeBron XI’s that have been released for less than a month. Macklemore and his artistic teammate, Ryan Lewis, teamed up to perform last night at the American Airlines Arena, which just happens to be LeBron’s palace. No word if LeBron handed these to the Thrift Shop junkie himself or if they were delivered but by the look on Macklemore’s delighted face and the pic arising from LBJ’s instagram, it’s safe to assume they’ve at least met before!

Do you like Macklemore’s LeBron XI “Away” or should he stick to moccasins and whatnot? Let us know in the comments section below and stay tuned to Sneakerfiles for celebrity kicks and much more!