Kanye West and Common had a G.O.O.D. time recently in Salt Lake City, Utah, where they were both in attendance at a nightclub to celebrate Common’s 40th birthday.

What served as a surprise when Chicago’s own Kanye West arrived as a “secret” guest to the party, he rightfully showed love to his fellow brother while rocking a pair of the recently released “Cement” Air Jordan IVs. As Kanye continues to gear up for the Air Yeezy 2 release and orchestrate his growing fashion empire while back and forth between the states and Paris, we’re glad to see the two mixing it up on the casual tip.

And as always, keep it here with SneakerFiles for more hot Celebrity Sneaker Watch news! 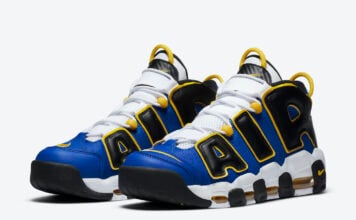