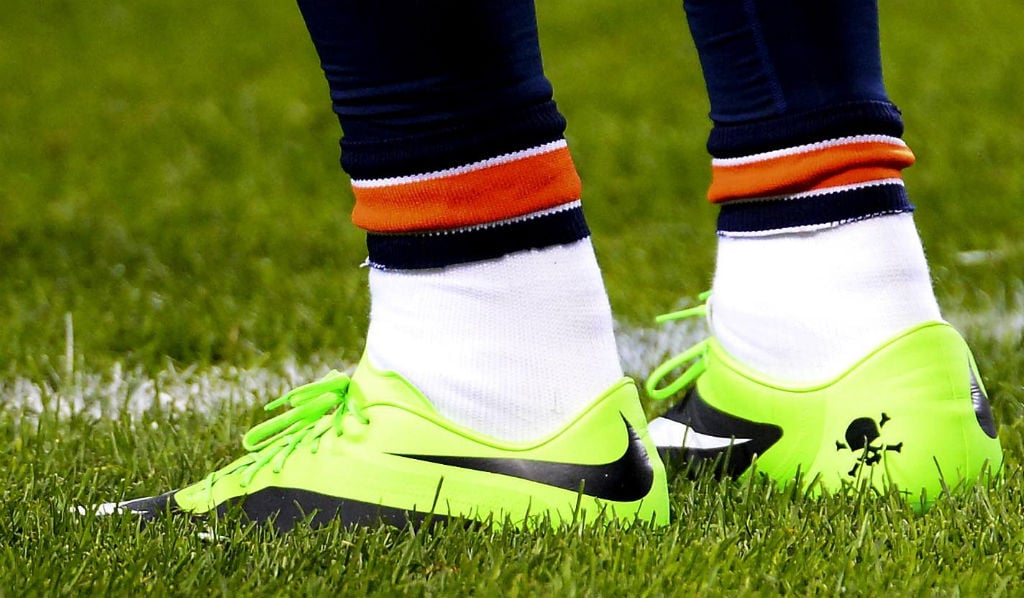 As the Bears’ WR Brandon Marshall led his team to victory Thursday night in a 27-21 win over the New York Giants, all eyes were on Marshall’s lime green cleats instead.

Despite scoring two touchdowns and tallying up 87 yards in the air, his performance and attire stood for something much bigger than the game. Diagnosed with Borderline Personality Disorder back in 2011, Marshall wore the Nike Hypervenom Phatal FG – a soccer cleat – in support Mental Illness Awareness Week. What did not comply with the NFL’s strict uniform policy, Marshall wouldn’t let any fines get in the way of his efforts as the cleats are currently up for auction with all proceeds going towards his charity, The Brandon Marshall Foundation.

A good gesture, yes, Marshall’s actions do however come at a cost. As reports have Marshall being fined in excess of $10,000 last year for wearing orange cleats, Marshall’s latest stunt is expected to ring in at around the $5,000 mark. Does Brandon Marshall necessarily care about the fine? No. In fact, he said this:

“I’m going to get fined and I’m going to match that, and we want to partner with a cancer-care (charity),” “We’re still working on the details to give, really give back to an organization that is doing work in the mental health area. (Also), the diagnosis of breast cancer can hit families hard. It affects all of us.”

”I know there’s going to be cameras on me, it just makes my platform that much bigger. I really embrace it. I truly believe that football is my platform not my purpose.”

Determined and willing to do whatever it takes, Brandon Marshall falls in line with several other athletes who’ve done good deeds in support of other causes. Up for auction now, you can try you luck at the game-worn cleats as they are now available online at buybrandonsshoes.com. 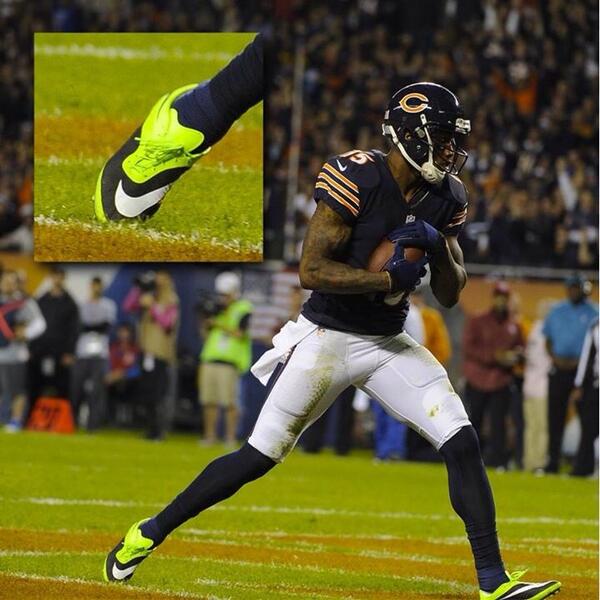 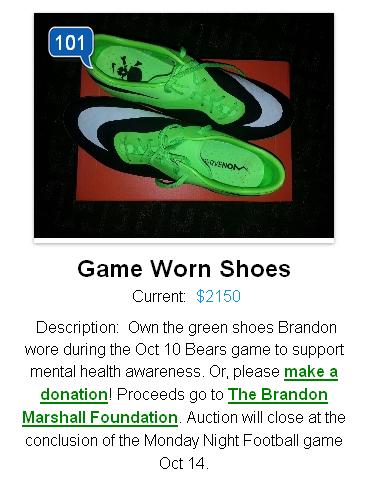