Vans, the original action sports brand, and leading streetwear purveyor and skateshop DQM announced today plans for expansion of The Vans DQM General to Boston, Mass. with a new shop located at 174 Newbury Street in Boston’s renowned Back Bay shopping district. The General, Vans’ first retail foray in Manhattan, has been widely successful since its 2011 opening. To further grow The General brand, Vans and DQM will introduce a new retail destination to the “Rodeo Drive of the East.” Newbury Street, home to an eclectic mix of independent shops and high-end fashion boutiques, welcomes millions of tourists and locals each year, creating a unique opportunity to introduce two of the most prolific names in contemporary streetwear to Boston.

Having begun its historic journey 49 years ago in Boston, brothers Paul and Jim Van Doren, from Braintree, Mass., along with friend Gordon Lee, worked at Randolph Rubber Company, a Boston-based shoemaker and one of the country’s largest in the early 1960’s. It was in 1964 that the trio was challenged to revive the company in California. Two years later, the friends realized a lifetime dream and started to manufacture shoes in their own Anaheim, Calif. factory, calling their brand the Van Doren Rubber Company.

Slated to open in July 2013, the 1,200 square foot Vans DQM General will be deeply rooted in the heritage of Boston with locally sourced materials. Additionally, the store will reflect the DQM skate and streetwear aesthetic and will include pieces of Vans’ history with vintage machinery displayed at the store front. The Vans DQM General will carry both exclusive co-branded DQM for Vans footwear and crafted apparel as well as select Vans and DQM premium product for men and women.

“I am extremely proud to announce the expansion of The Vans DQM General concept to Boston,” said Chris Keeffe, founder and owner of DQM. “Through our partnership with Vans, we have successfully provided a top-tier boutique environment for Vans’ New York customers, and we’re looking forward to creating this experience in Boston; a city deeply rooted in east coast skateboarding history and culture.”

Initially focused solely as a skateboard goods and shoe store, DQM is now considered one of the world’s leading streetwear brands with a global following. In ten years, Keeffe and crew, including lead designer Tashi Stricker, have grown the line from a few t-shirts and hats to a menswear line including premium cut and sew woven shirts, pants, jackets and accessories. The DQM team is also developing DQM for Vans product to live side by side with exclusive Vans shoes and hand-picked items from Vans’ footwear collections.

Vans, a VF Corporation brand, is the original action sports footwear and apparel brand. Vans collections include authentic footwear, apparel, accessories and snowboard boots that are sold globally in more than 170 countries through a network of subsidiaries, distributors and foreign offices. VF Outdoor, Inc. owns and operates more than 300 stores of the Vans brand in the United States and internationally, each offering a wide range of Vans footwear and apparel while communicating the brand and athletes’ rich stories. The Vans brand promotes action sports lifestyle and youth culture through support of athletes on boards and bikes all over the globe and through progressive events such as the Vans Triple Crown of Surfing, the Vans Downtown Showdown, the Vans Pool Party, the Vans Warped Tour® and surfing’s most prestigious contest, The Vans US Open of Surfing.

For those of you who aren’t familiar with DQM, don’t fret for we have a brief history lesson to catch you up. When DQM opened for business on November 1st, 2003, on a nondescript street in Manhattan’s Bowery district – a site of counterculture since the 1950s, home to CBGBs, the beatniks and punk rock – it had just twenty styles of sneakers, a few skateboards and five styles of house brand t-shirts on the shelves.

Founded by professional skateboarder Chris Keeffe, born and raised in the heart and streets of New York City, DQM was built on a culture and relationships that began long before the store was conceived, and it quickly found the support of the neighborhood and the downtown scene.

Remaining true to this history and its roots in skateboarding, DQM has grown to become not only New York’s premiere location for sneakers, menswear and skate goods, but also a fully-fledged brand in its own right, with a complete seasonal collection of clothing and accessories sold in select locations around the world. DQM has been proud to work regularly with New York City’s up and coming designers and photographers as well as with companies as well-known as Vans, Nike, Crescent Down Works, Girl Skateboards, Stormy Kromer, Casio G-Shock, Adidas, and Incase.

Celebrating its tenth year in 2013, DQM continues to push the envelope for a new board and bike generation, while continuing to never forget where they came from. With all that being said, sneakerheads in the Northeast can expect to see the Vans DQM doors open come July 2013. As this is a huge step forward for both brands, we’d like to know if all you sneakerheads are just as excited. Check out the logo artwork after the jump and feel free to sound off in the comments section below. 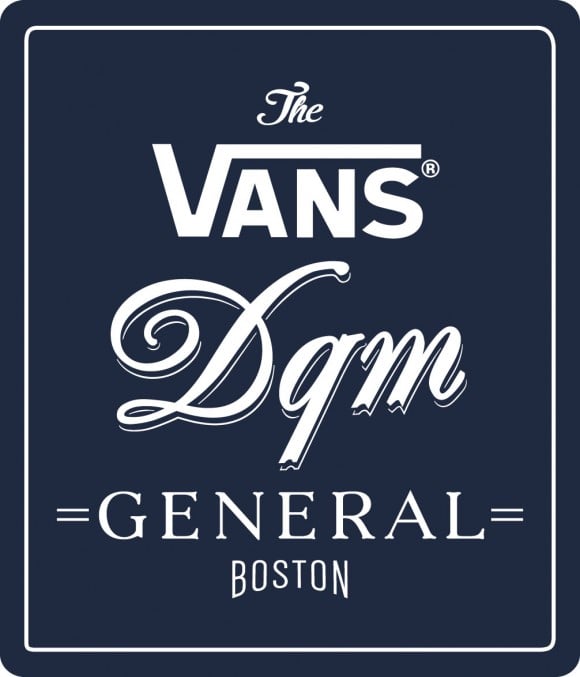 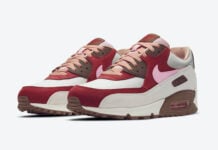