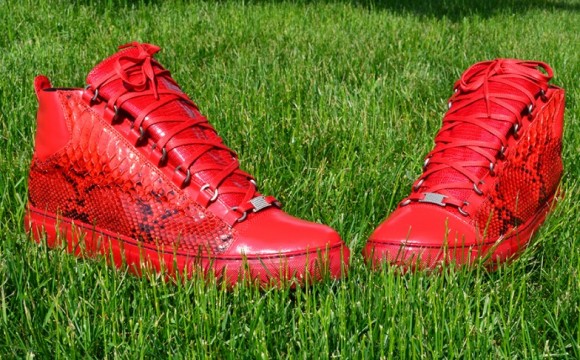 For analysts and fans of the NBA, LeBron James performances throughout this years NBA Finals has largely dominated the topic of conversation for the past few days. Whether it be his questionable shot choices or about how he imposed his scoring will, King James ears must be ringing off the hook by now.

Aside from his push to win his second ring, LeBron is also tearing things up off the court as well. His fashion game has caught the eye of many a sneakerheads as LeBron is using this enormous stage to not only showcase his superior basketball skills but his impeccable taste in fashion as well.

Having already shared a look at a super clean pair of custom black Balenciaga Arenas, that were made specially for Bron by the good folks at PMK Customs, PMK has laced the King with two more pairs of custom Balenciagas.

This time around, LeBrons Game 3 and Game 4 pre game shoe choices consisted of a pair of Blue and Red Python Balenciaga Arenas respectively. Both pairs of luxury customs sport some ill tonal python paneling throughout their uppers with some smooth touches of leather about the heel and toe box.

Keep reading after the jump to check out some detailed pics of both the previously mentioned customs done by PMK and be sure to let us know which pair of luxury custom kicks you like the best. 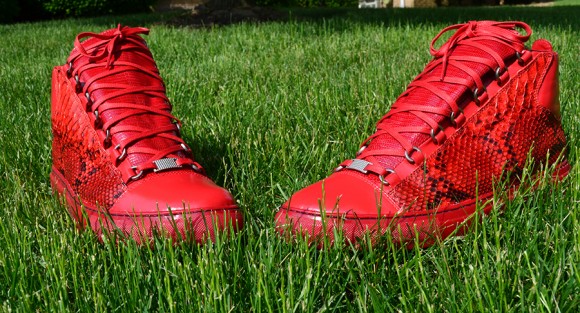 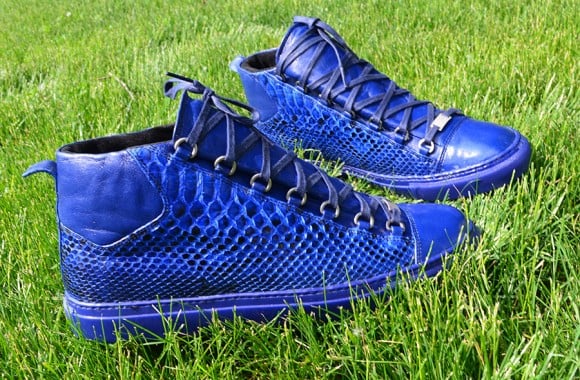 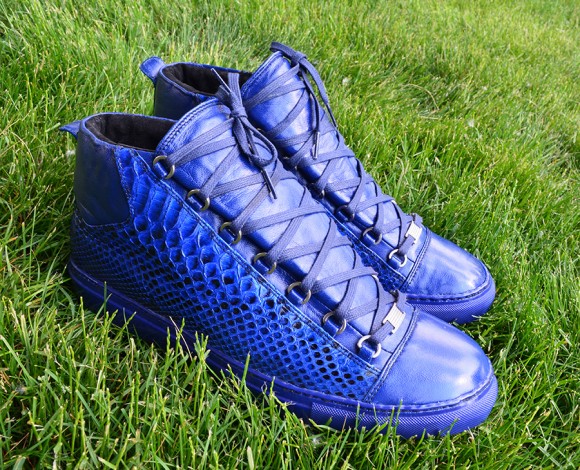 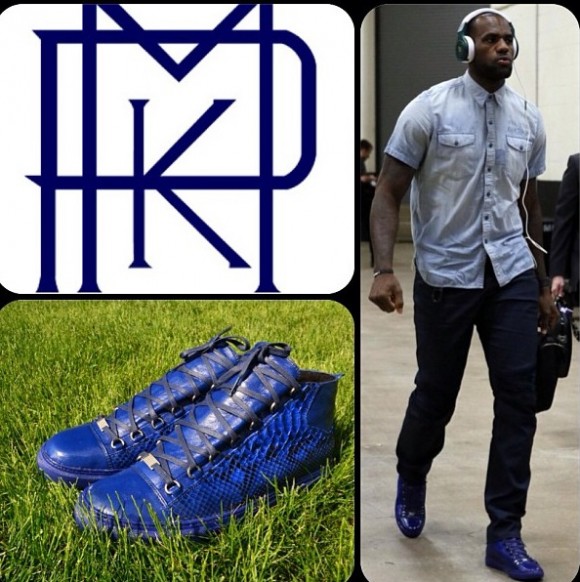