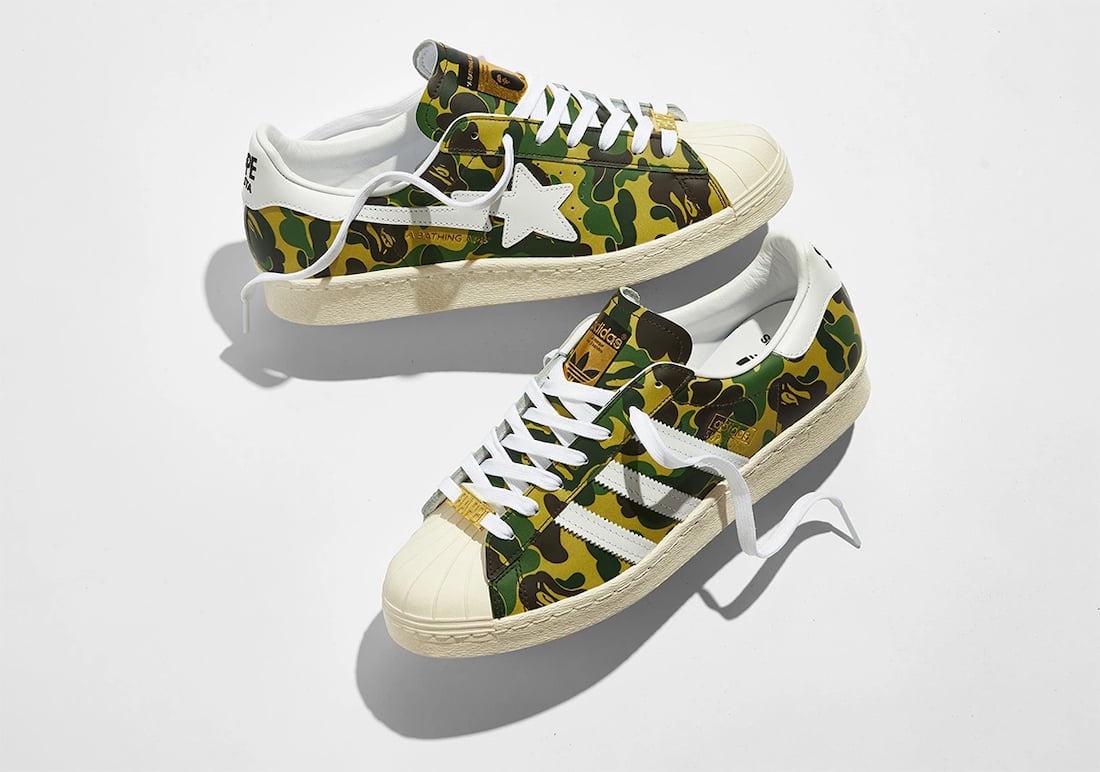 BAPE and adidas Originals will team up again on another iteration of the Superstar. Furthermore, the pair comes highlighted with BAPE’s Green ABC camouflage.

Looking closer, this adidas Superstar features Green Camo on the uppers while constructed with leather. Next, White appears on the Three Stripes branding on the left, and we have the A Bathing Ape’s shooting star STA logo on the right. Next, we have White leather on the overlays on the heel and branding on the side while Gold hits the tongue tab that has the Ape Head logo. Gold foil covers the A Bathing Ape and adidas branding on the side, while Gold is used on the BAPE lace jewel. Finally, an Off-White shell toe and rubber sole finish the look.

You can expect the BAPE x adidas Superstar ‘Green Camo’ to release exclusively at BAPE locations and BAPE.com on May 1st. Following, a wider release will take place at select retailers and END on May 7th. The retail price is $150. Continue to scroll below for more images that will give you a closer look. 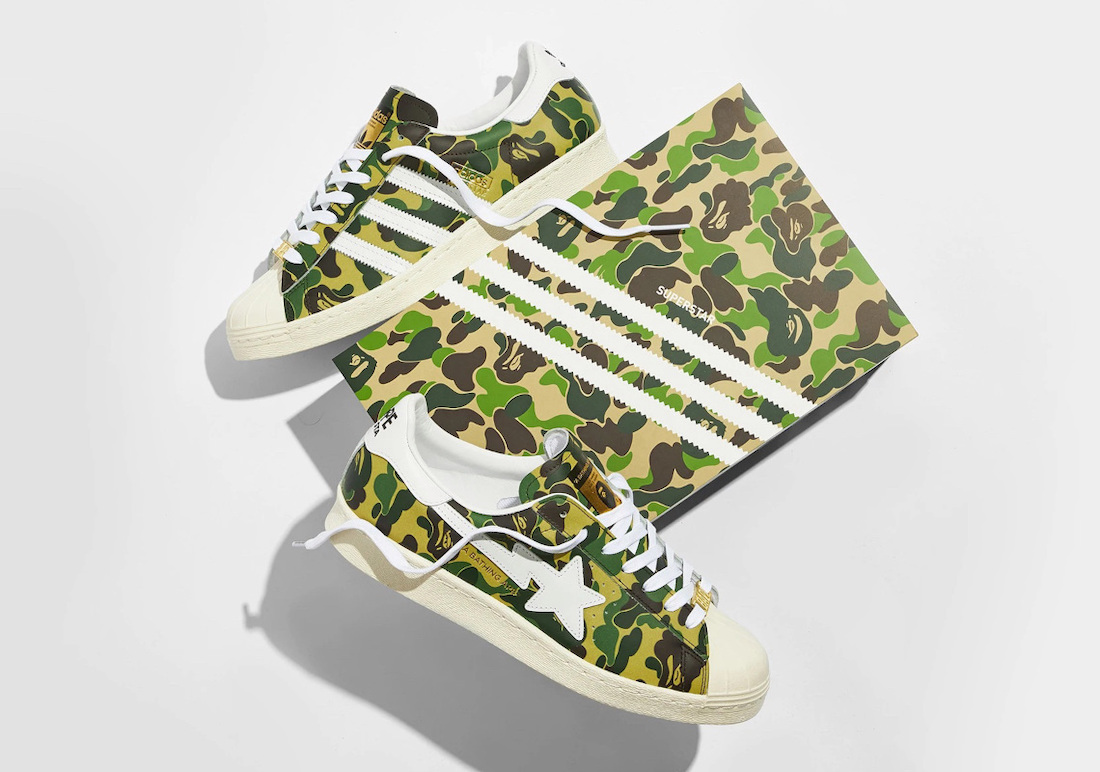 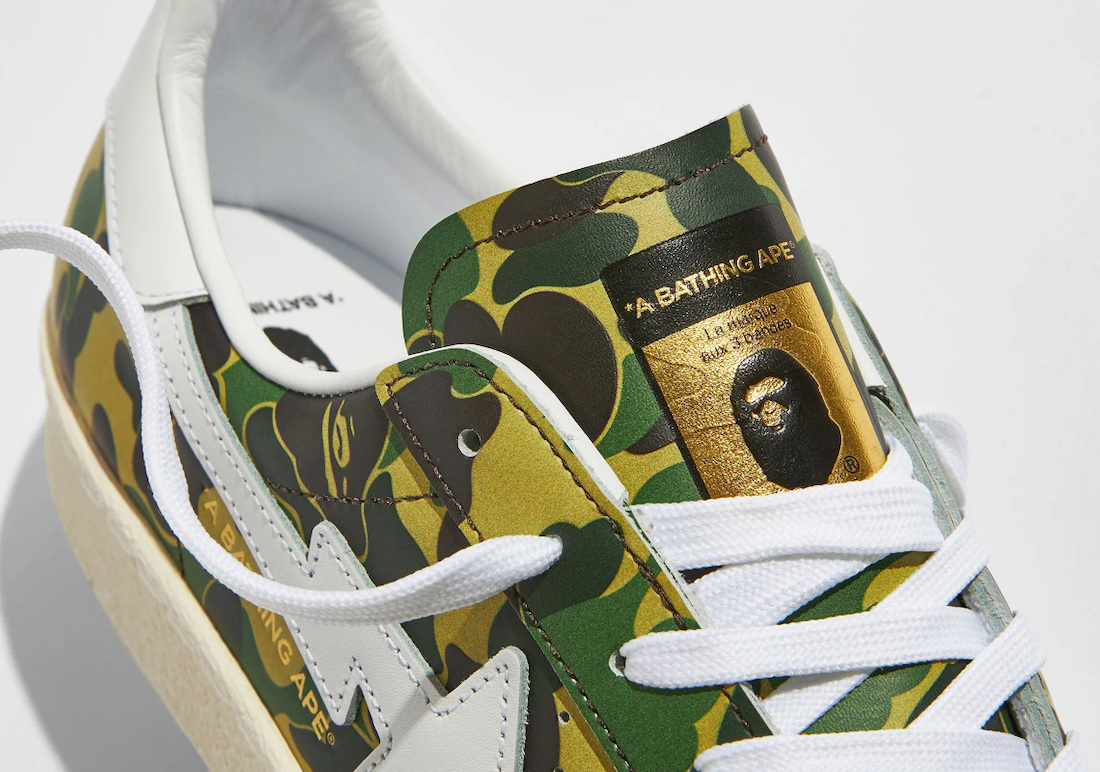 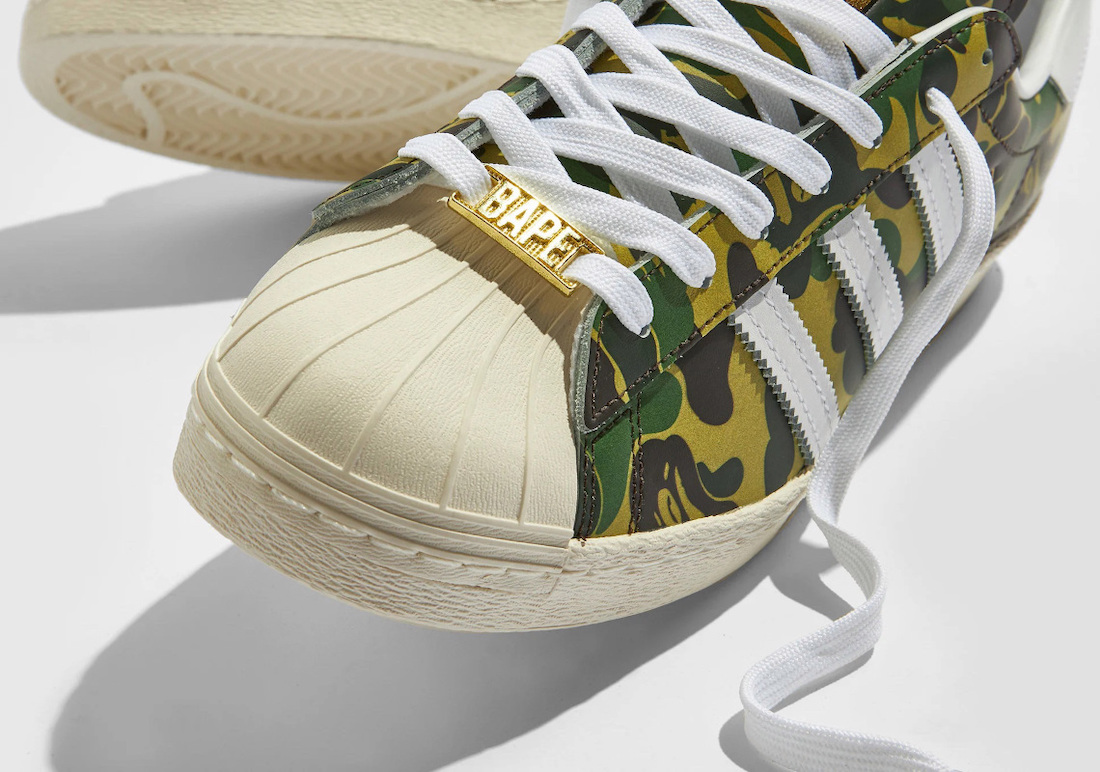 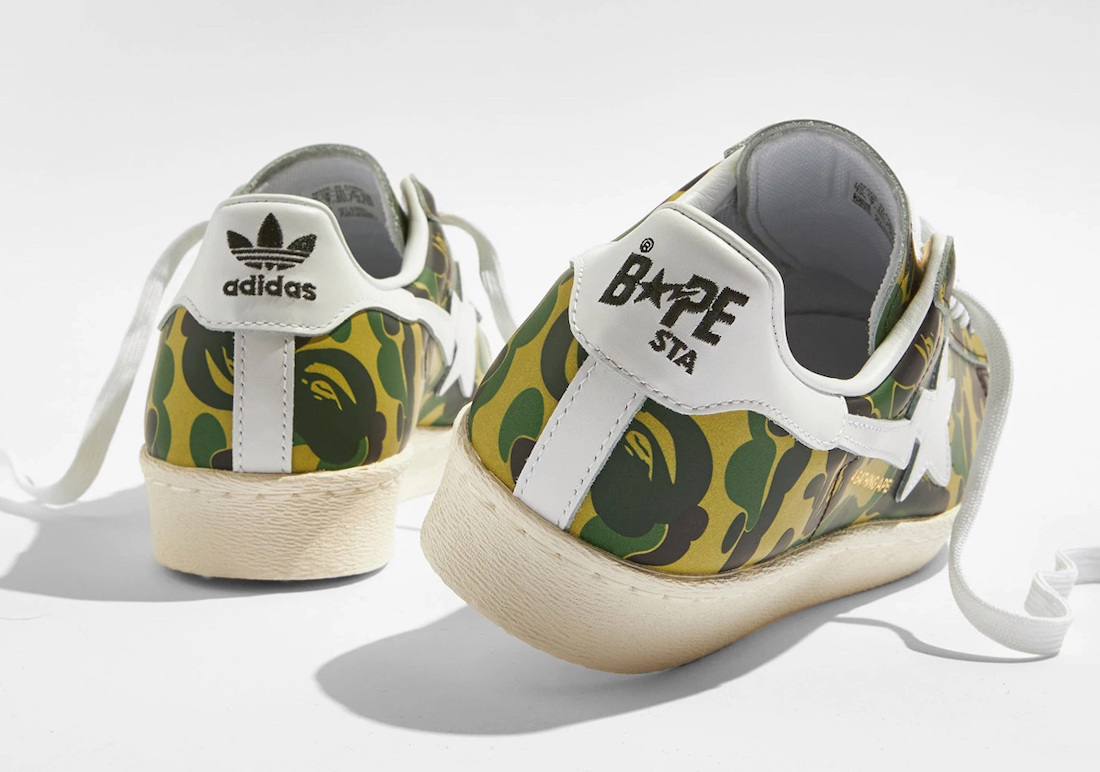 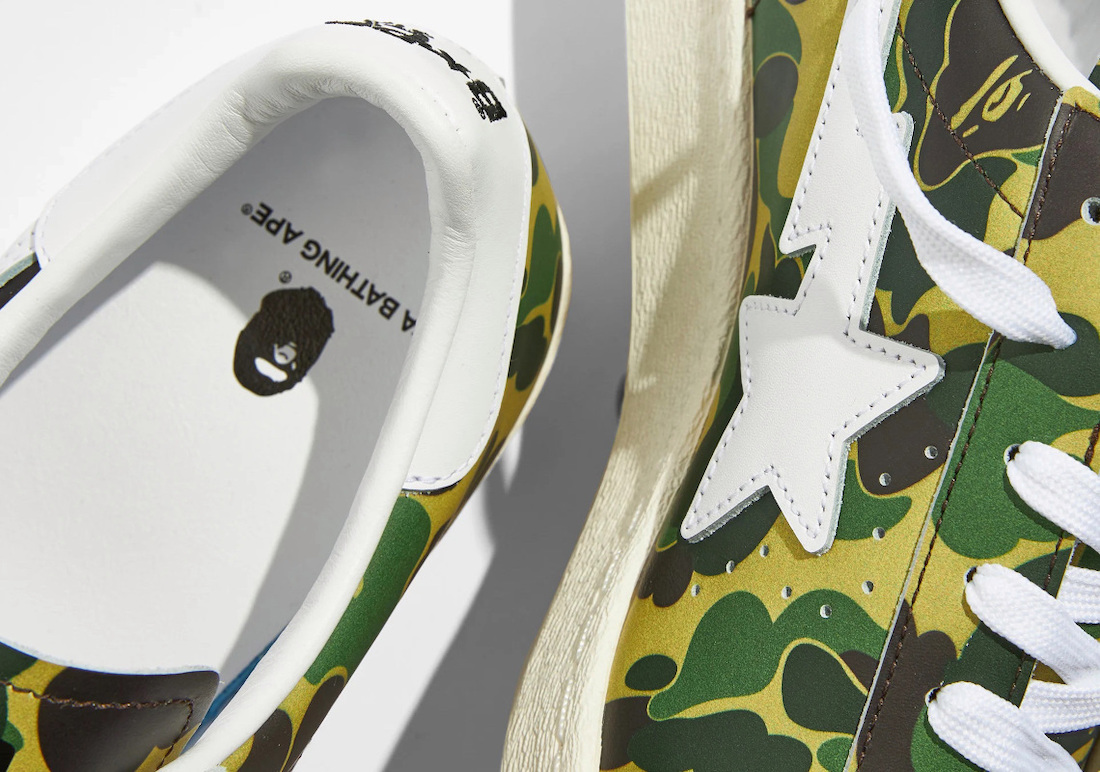