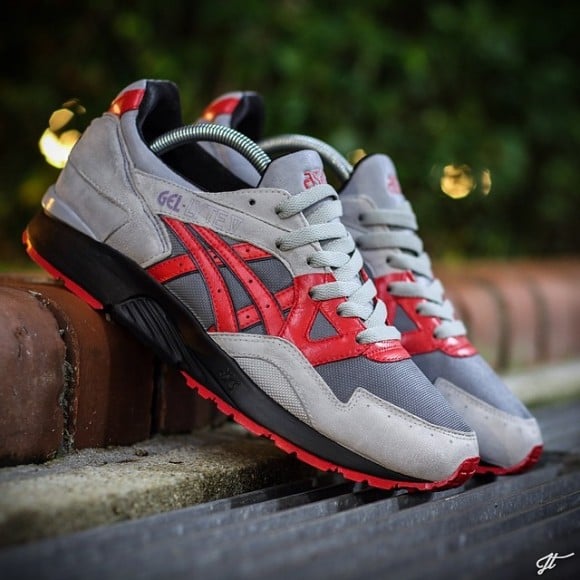 Is it me, or are Asics shoes highly slept on? It might be for the better though, hypebeasts overkill everything. Anyways, let’s take a look at some new custom Asics Gel Lyte V‘s, created by Jon Timbre, an up-and-coming sneaker artist.

The Asics Gel Lyte V “Super Red 1.0” customs by Jon Timbre are mostly grey on the uppers, with sharp hits of red on the midfoot panels and outsole. The uppers are constructed with grey suede material, and a darker grey mesh on the base of the uppers. A black midsole is tucked away, in between the grey colored uppers and the fierce red that covers the bottom. Red is mostly present on the midfoot panels, with the Asics logo appearing in red leather, in addition to the branding on the tongues.

Simple and clean, that’s the way to be! Jon Timbre did a great job creating an original colorway. He didn’t have to do too much to make a pair of dope kick, but we can’t lie- that red sho’ looks good on the grey suede! And that blacked out midsole gives these shoes some “umph,” to say the least. These Asics Gel Lyte V “Super Red 1.0” customs were a 1-of-1 project, but check out Jon Timbre’s work on Instagram. Who knows, maybe we’ll see a “Super Red 2.0” soon! 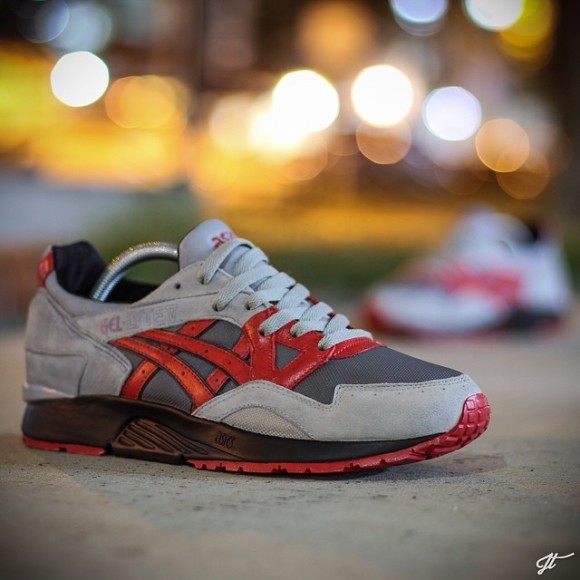 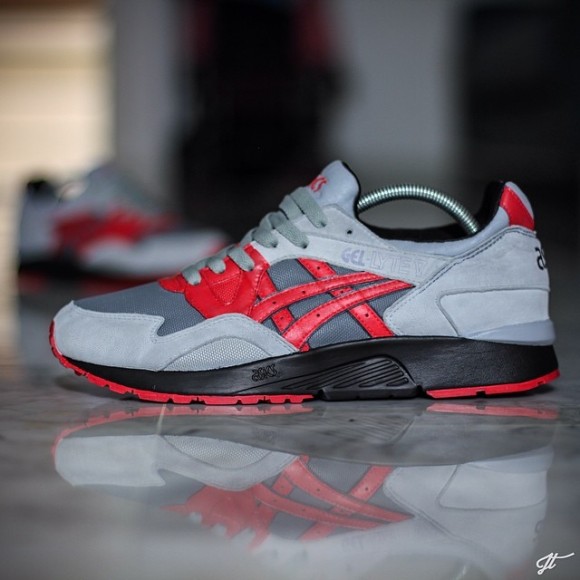