The French Blue color-way is highly sought after and is becoming one of the harder to find Air Jordan VII retros, thus causing its value to rise. The Air Jordan Retro 7 (VII) French Blue was originally released on December 14th, 2002 with a retail price of $125. 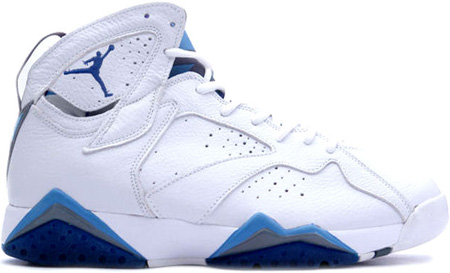