This Air Jordan 7 (VII) Retro is also known as OC or Olympic Celebration and the Olympic 2008 Jordan Retro 7, which contains a White / Sport Red – Black – Metallic Gold color-way. Less than 1,000 pairs produced, with the price jumping over the $300 range. Unfortunately, this pair has not released in the United States. 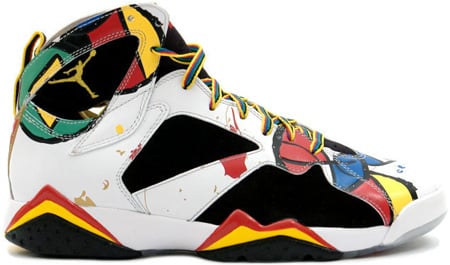