One of the most sought after Countdown Packs, the Air Jordan 7 (VII) Retro Hare features a White / Light Graphite – True Red color-way. This pair has received its nickname due to the Michael Jordan and Bugs Bunny commercials, where Bugs had on this pair. Released June 21st 2008 for $310. 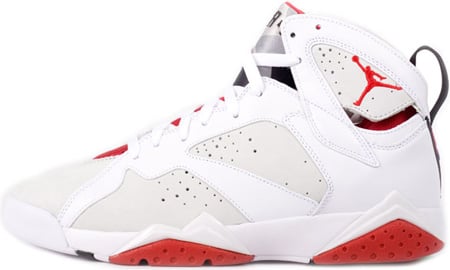 Find your size on eBay: