Although a popular pair of sneakers now, it is said that Michael Jordan never wore the Air Jordan Original 6 (VI) Maroons on the court, but only for a calendar shoot. 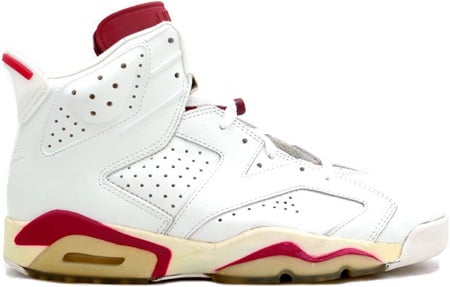