It is so simple, but looks absolutely stunning on the Olympic Air Jordan 6,the Red Jumpman logo and accents only make the even better. On September 15th, 2000 the Olympic Air Jordan Retro 6 (VI) was released and had a retail price of $120. The quantity produced was limited to an estimated amount of 150 to 200 pairs which justifies its current price which can be up to $500 or more. 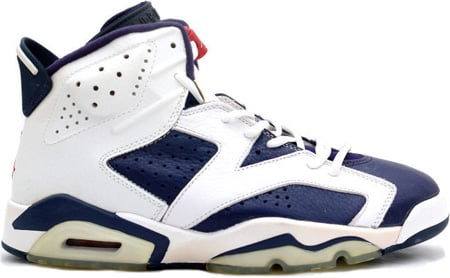