What do you get when you mix a fighter plane, Marty McFly sneakers, and a Chicago Bulls colorway? You get the Air Jordan Original 5 (V) White / Black – Fire Red, which receives its nickname from a portion of the color scheme: Fire Reds. 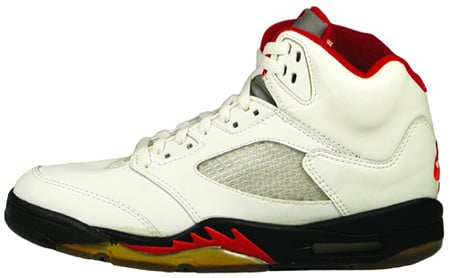