1990 was yet another successful year for Michael Jordan, although he did not take home a Championship. During the 1990 season one of the color schemes worn was the Air Jordan Original 5 (V) Black / Black – Metallic Silver. 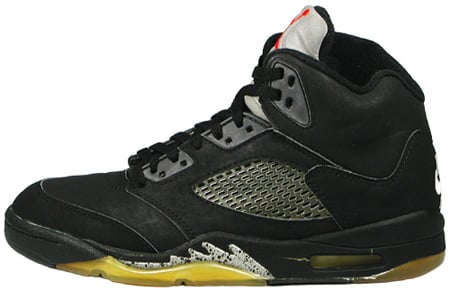