During its release, the Olives aka Undftd Air Jordan Retro 5 sold out instantly and are becoming more and more rare everyday. With such a simple color-way, the Olive Air Jordan 5 is definitely more than the ordinary release, it is one that often gets forgotten about, however it is one of the nicer non-original color-ways released. 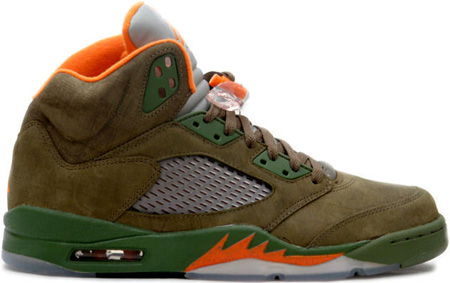