A color-way very simple, but yet so sleek and stylish, much like the past color-ways that came before. The Air Jordan Retro University (5) V made was released in September 2006 with a retail price of $145, in limited quantities and sold out immediately. It was the first Air Jordan V to be re-released since 2000. 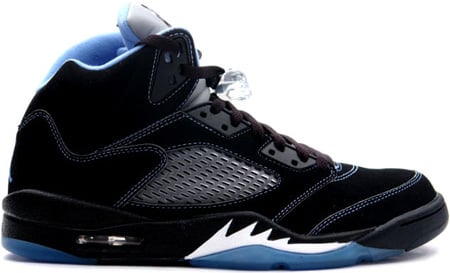