After sometime, the Air Jordan Retro 4 (IV) Thunders price settled down, but continues to climb. You can purchase the full package around $900. The released date was August 23rd 2006. 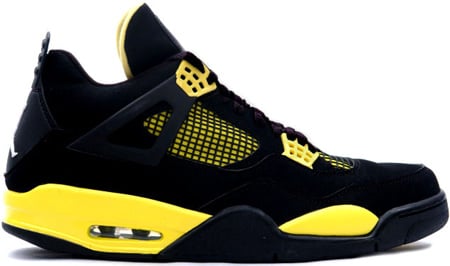