Back in 1999, the second round of Retro’s to release was the Air Jordan 4 (IV) White/Black better known as White Cement. The Air Jordan Retro 4 White Cement is known for its appearance in Do the Right Thing.

One of the most appealing factors is the Cement midsole on the Air Jordan 4 White/Black. By now, most pairs have started to yellow on the netting, but if kept right your White Cement Air Jordan 4 Retro could be in pristine condition. 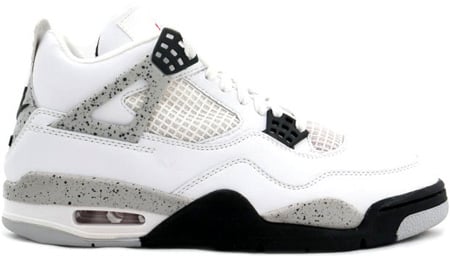