The first Black and Red Air Jordan OG 21 (XX1) released, but was on a Low cut model. This pair is the Air Jordan 21 (XX1) Original Low Black / Varsity Red, although many liked this pair, sneakerheads were upset with Jordan Brand due to a high not releasing.

Released September 2nd 2006, the Air Jordan 21 (XX1) Original Low Black / Varsity Red released with a regular Jordan Brand box, and not the XX1, and they did not have the IPS Pods. Retail for the Jordan 21 (XX1) Low Black Red was $135. 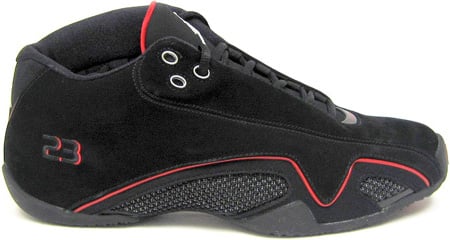