Jordan Brand is not usually known for its special releases, however in the Summer of 2005, a special Air Jordan 20 (XX) Original West Coast edition was released featuring University Blue, White, and Black.

2005 marked the 20th anniversary of the Air Jordan line and what better than an exclusive pair of Air Jordan 20 (XX) OG West Coast sporting the notorious UNC color-way. It was originally released on July 1st, 2005 and retailed at $175. 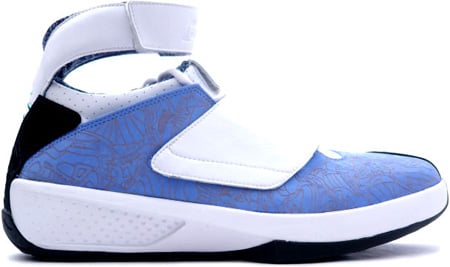