The Air Jordan II (2) Retro Black and Chrome was released on April 24th, 2004. When it was first sold, it had a price tag of $110. But, with its rarity in the marketplace, its price continues to hit the high $100 range and is definitely a true collectors item. 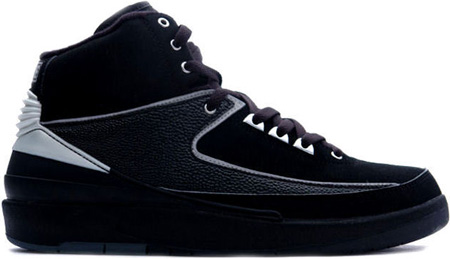