Almost 10 years after the success of the first Air Jordan to release, Nike felt it was time to Retro some of the oldies but goodies. One pair from the Nike Air Jordan archives is the Air Jordan Retro 1994 II (2) White – Red – Black. 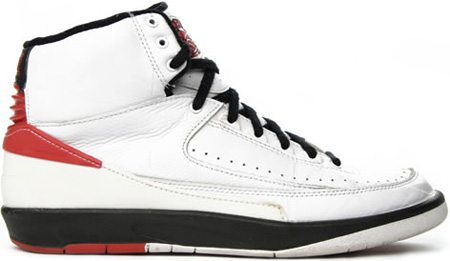