When first released, this Air Jordan 19 (XIX) OG SE was said to be the Midwest Regional release, but it turns out that information was false, and was available at regular retailers. Known as the Air Jordan 19 (XIX) Original SE Black / Metallic Gold, which was worn by Gary Payton when he played for the Los Angeles Lakers, and when they wore throwback jerseys. 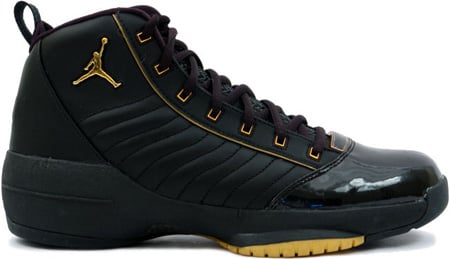