Compiled with musical, and beautiful car influences, mixed with a soft colorway, you get the Air Jordan 17 (XVII) Original White / College Blue – Black. This color scheme was inspired when Michael Jordan came back to the NBA and played for the Washington Wizards. 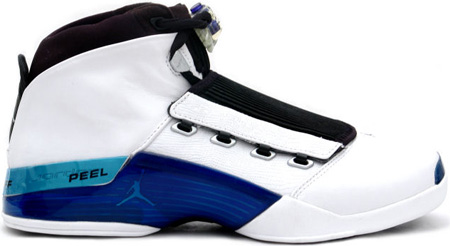