Starting with the later Air Jordan models, with a exception of a few others, the Low cut phase continues with the Air Jordan 16 (XVI) Original Low White / Black – Varsity Red which is dubbed White Red.

Some nice additions to the Low cut model that was not featured on the mids. For example, the Air Jordan 16 (XVI) Original Low White / Black – Varsity Red contains perforated leather side panels, and a magnetic collar to form into more of a low cut. 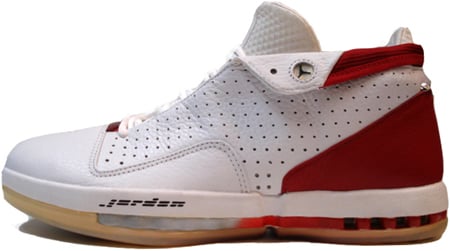