In 2000, the Air Jordan XV (15) made its official debut in three different styles and in various color-ways. The Air Jordan 15 (XV) Original White, Columbia Blue and Black was among the original color-ways to be sold in the turn of the century. 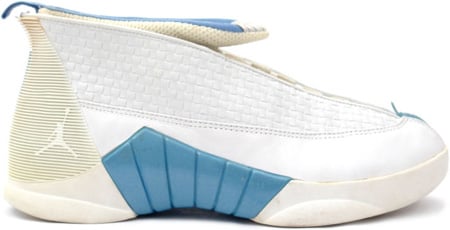