Back in 1999, if you wanted a sneaker that was sleek, and designed after a Ferrari F355F1, then the Air Jordan Original 14 (XIV) Oxy was a wise decision to wear. The Air Jordan 14 (XIV) OG Oxy featured a White / Black Oxidized Green color-way, hence the nickname.

As well, in 1999, the Air Jordan OG 14 (XIV) Oxy was not the best seller amongst Jordan fans, but if you were a fan of the Original Jordan XIV, you had to grab them. You could walk into stores February 13th 1999 and purchased this pair. 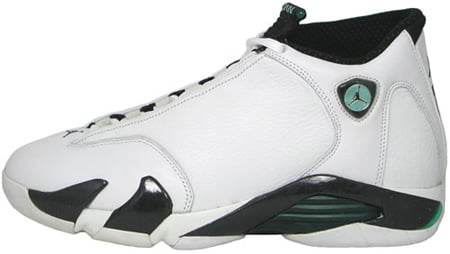