Before Michael Jordan retired for the second time, the Air Jordan XIV (14) was released in various color-ways and styles. One of the Air Jordan XIV’s to hit store shelves was a low cut model featuring a light ginger, white and black color-way.

This distinct color-way hasn’t been spotted on many Air Jordan models, making the Air Jordan 14 (XIV) Original Light Ginger very unique and one of a kind. The Air Jordan 14 (XIV) OG Ginger was originally released on September 15th, 1999 with a retail price tag of $130. However, its rarity and age has caused a slight price change ranging from $150-250. 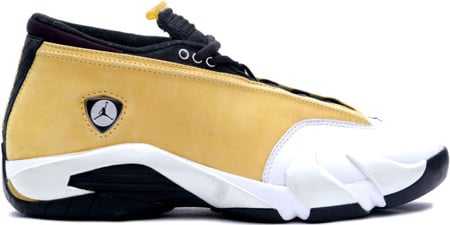