As many of us remember the movie “He Got Game” starring Ray Allen (Jesus Shuttlesworth) and Denzel Washington (Jake Shuttlesworth); when Jake got out of Prison he went and picked up a fresh pair of Air Jordan Original 13 (XIII) White / True Red – Black. 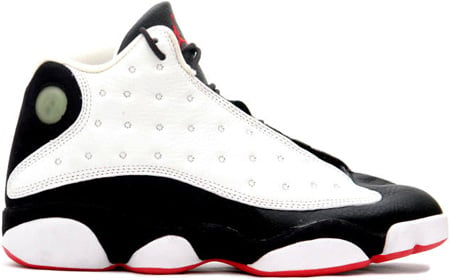