Furthermore, the Air Jordan XIII looks particularly well in the subtle colors and is a color-way often used by Nike and Jordan Brand. The Air Jordan 13 (XIII) Retro White, Team Red, and Flint Grey was released on January 22nd, 2005 with a price tag of $150. Although it has only been 2-3 years, the retro Air Jordan XIII models are becoming more and more scarce causing its price to significantly rise. 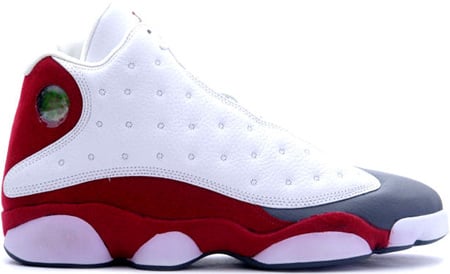