The Air Jordan XIII first busted on to the scene in 1998 in a few select color-ways, however over 2004 and 2005, the Jordan Brand released a long list of color combinations including the Air Jordan 13 (XIII) Retro White, Neutral Grey and University Blue model.

This retro model was not an original color-way, however this Air Jordan 13 (XIII) Retro features a traditional University Blue along with a nice accent of Neutral Grey placed on top of a White leather upper. Original release was January 22, 2005 with a price tag of $150. 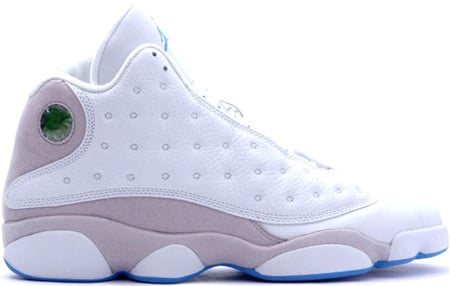