Black and red are traditional colors of the Air Jordan models, almost every shoe has received this color-way including the classic Air Jordan XIII. Appearing in a re-release model, this is the Air Jordan 13 (XIII) Retro Black / Varsity Red – White aka Black Red, which appeared 6 years after the original release and features.

Perceived as one of the iconic Air Jordan XIII’s, the Air Jordan 13 (XIII) Retro Black Red color-way is definitely one of the more appealing for its historic ties it has to Michael Jordan’s career. The black, varsity red, and white Air Jordan XIII (13) Retro was released on December 22nd, 2004 and retailed for $150. 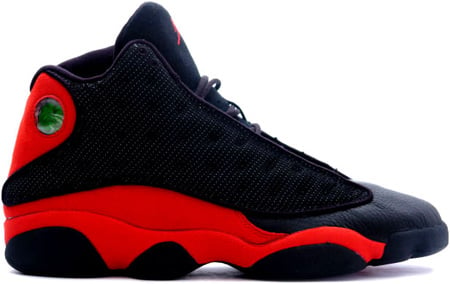