Michael Jordan can steal be victorious, even if all odds are against him. While Michael Jordan had the Flu and stay up around 36 hours to play a outstanding game in game 5 of the 1997 NBA Championship. Michael wore the Air Jordan Original 12 Black – Varsity Red.

Also known as the Original Air Jordan XII Black / Red, or the Jordan OG 12 Flu Games. Released in June 1997, and since a Chicago Bulls color scheme, the OG Air Jordan 12 Black-Red was a instant hit. 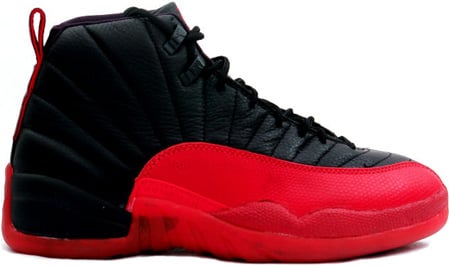