The year of 2005 consisted of a few Air Jordan X (10) Retro releases including the Air Jordan 10 (X) Retro Black White model. Seen as one of the more basic and plain Air Jordan’s, only two colors are featured black and white.

A black upper is combined with an accenting white Jumpman logo at the back heel along with a printed design on the inner lining. The Air Jordan 10 (X) Retro Black / White release is often forgotten and overlooked among the 2005 Air Jordan X’s. Nevertheless, it is an original color-way that is versatile. It was first released on July 23rd, 2005 with a price tag of $125. 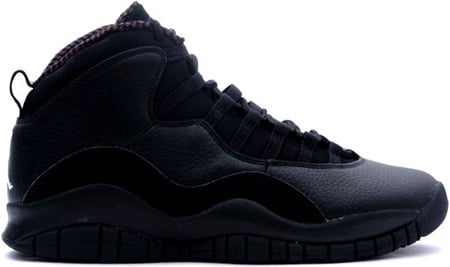