Some of the Original Air Jordan 1 (I) produced were used for different collage teams, and others were a general release to the public. One pair which is boarder line for both is the Air Jordan Original 1 (I) White / Blue. 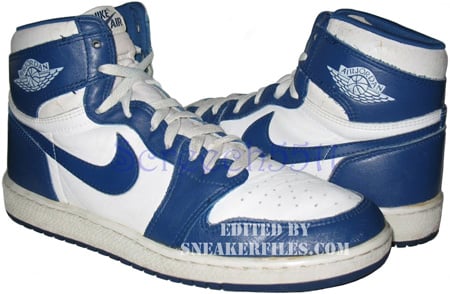