A classic that first launched in 1985 and has released again, the Air Jordan Original 1 (I) Black / Royal Blue was used not only by Michael Jordan and other basketball players, but skaters and BMX riders as well. 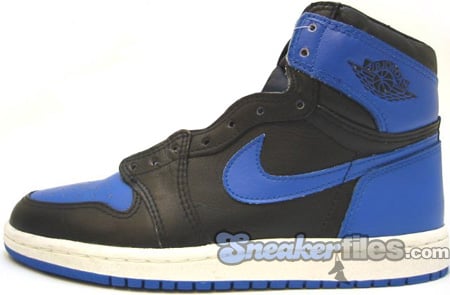