As part of a regional release, Jordan Brand released the Air Jordan 1 Low South Side.

Released only to the southern part of the United States, the South Side Jordan I Low features a colorway of white, varsity red and stealth.

At the time of release, they sat on selves and you could get them weeks if not months after. Retail price was $90. 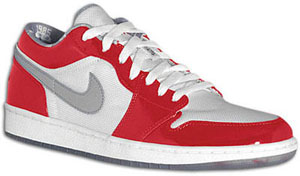