Under the radar till about a month before its release, is the Air Jordan 1 (I) Retro Low White / Metallic Silver – White aka Crocodile, aka Pure. Many have called this pair the Air Jordan Retro 1 Low Pure, a feature Jordan Brand has done to numerous models.

The Air Jordan 1 (I) Retro Low White Crocodile received its nickname due to the croc materials used throughout. Released November 2007 as a limited release, and a retail price of $100. 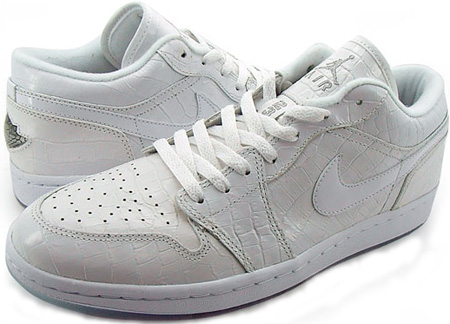