Released in Japan only, the Air Jordan Retro 1 (I) Japan White / White – Midnight Navy was sought after by sneaker enthusiasts around the world, since it is a High Cut Jordan Retro 1. 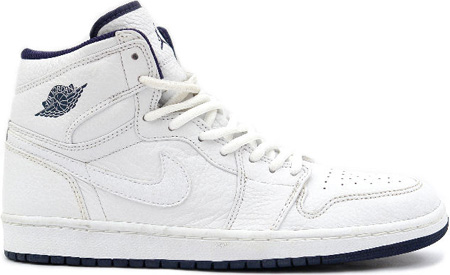