Being released in its original form,the Air Jordan 1 (I) Retro Black and Red was one of only few 2001 releases, but has become more of a collector’s item due to its rarity and classic Black and Red original color-way. The Air Jordan 1 (I) Retro Black / Red was released on August 25th, 2001 with a retail price of $80, since then its re-selling price has exceeding amounts of $200 like many of the older models. 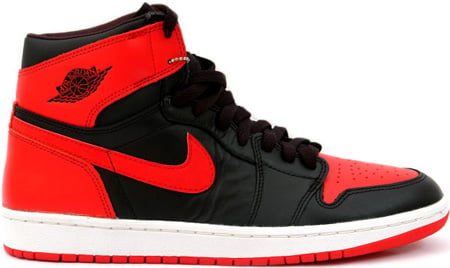