Nike and Air Jordan would incorporate Retro models in 1994, which the second pair to release as a retro is this Air Jordan 1 (I) 1994 Retro Black / Red, a model that any true Michael Jordan or Chicago Bulls fan can appreciate. 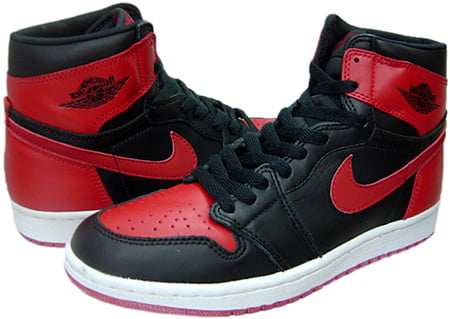