Another white based Air Jordan 2010 Team TB, this time the color scheme is White, Varsity Red and Light Graphite, similar to the other two models. White uppers, red on the midsole and Jordan Branding while graphite is on the sockliner, tongue and part of the midsole. Also released on September 9th 2010, retail was $130. 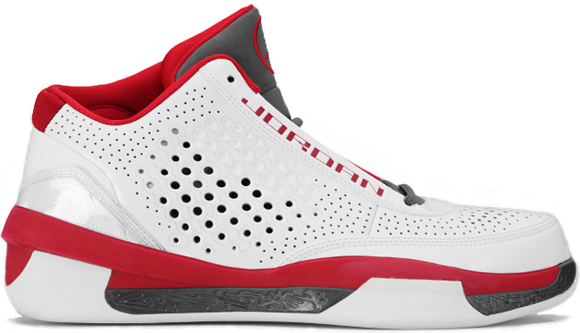